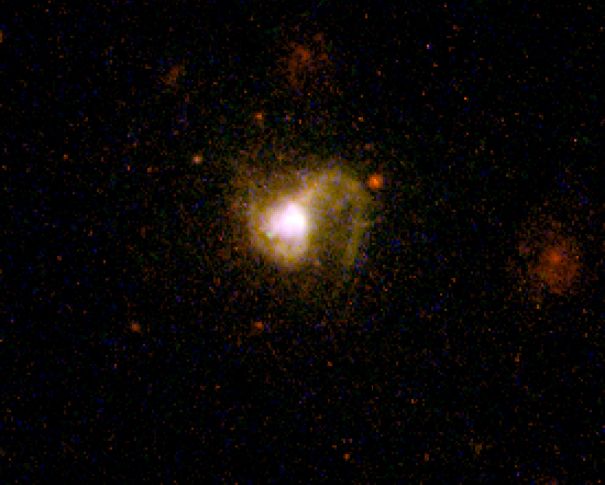 Explanation: Not so long ago and not so far, far away, a galaxy was born. Seen in this Hubble Space Telescope image, the island universe of stars, gas, and dust cataloged as POX 186 is a mere 68 million light-years distant toward an uncrowded region in the constellation Virgo. POX 186 is truly dwarfed by galaxies like our own Milky Way. The diminutive galaxy is about 900 light-years across with around 10 million stars, compared to the Milky Way's 100,000 light-year span and more than 200 billion stars. Cosmically speaking, POX 186 is also very young as the Hubble snapshot reveals a disturbed galaxy that is likely the result of a 100 million year old collision between two even smaller star systems. In fact, POX 186 observations suggest that such isolated, small galaxies may be the last to form, since the most massive galaxies in the universe seem to have formed billions of years ago.