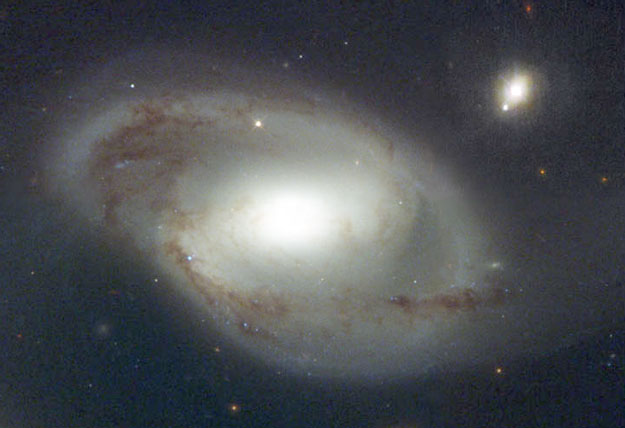 Explanation: Is the galaxy in the center connected to the quasar on the upper right? Disagreements about systems like this have raged for decades and have been used to challenge the foundations of modern cosmology. Some believe that the quasar Markarian 205 was recently ejected from galaxy NGC 4319, indicating that the high redshift of Markarian 205 is not indicative of its distance. Most astronomers have come to believe, however, that the two are not physically associated, and that the high redshift of Markarian 205 indeed indicates that it lies across our universe. In this predominant view, as with a tree branch that happens to point toward the Moon, their juxtaposition in the above image is just coincidence.