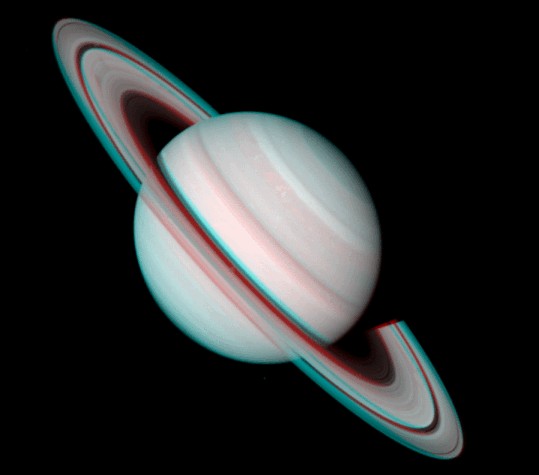 Explanation: Get out your red/blue glasses and launch yourself into this stereo picture of Saturn! The picture is actually composed from two images recorded weeks apart by the Voyager 2 spacecraft during its visit to the Saturnian System in August of 1981. Traveling at about 35,000 miles per hour, the spacecraft's changing viewpoint from one image to the next produced this exaggerated but pleasing stereo effect. Saturn is the second largest planet in the Solar System, after Jupiter. Its spectacular ring system is so wide that it would span the space between the Earth and Moon. Although they look solid here, Saturn's rings consist of individually orbiting bits of ice and rock ranging in size from grains of sand to barn-sized boulders.