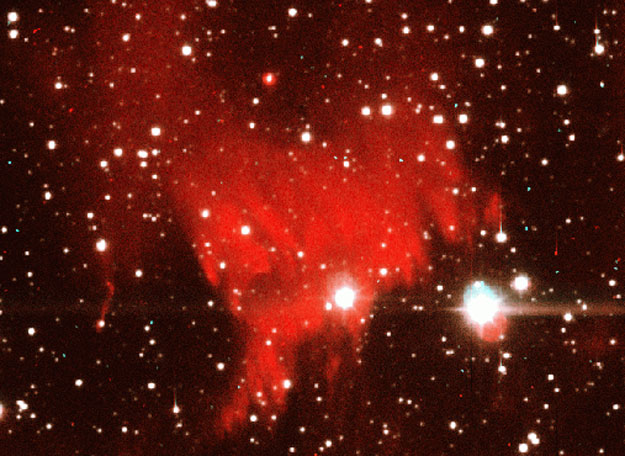 Explanation: Old photographs show no evidence of the above nebula. In 1992, a white dwarf star toward the constellation of Cygnus blew off its outer layers in a classical nova explosion: an event called Nova Cygni 1992. Light flooded the local interstellar neighborhood, illuminated this existing gas cloud, excited the existing hydrogen, and hence caused the red emission. The only gas actually expelled by the nova can be seen as a small red ball just above the photograph's center. Eventually, light from the nova shell will fade, and this nebula will again become invisible!