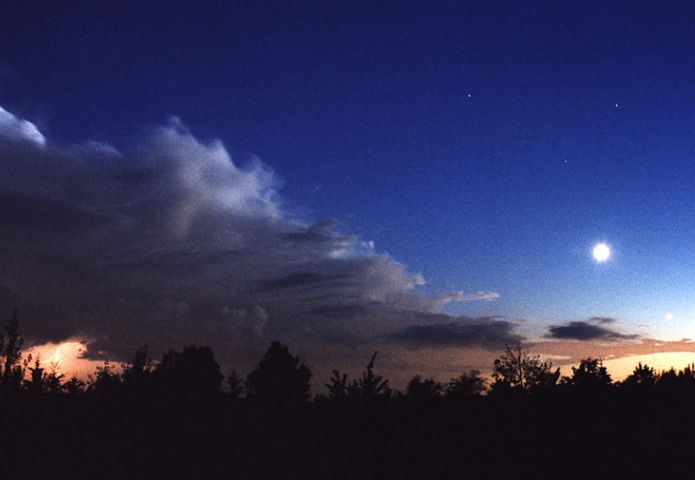 Explanation: Clear evening skies are a welcome sight for stargazers worldwide, but clearing skies are good too. Just such a glorious occasion was recorded in this dramatic photo taken by Dominic Cantin during a recent gathering of Canadian astronomers at St-Nérée Observatory, located about 60 kilometers southeast of the city of Quebec. Looking toward the west on July 13th, the exposure captured a distant lightning flash from a passing thunderstorm at the far left. On the right, the storm clouds' retreat has uncovered an overexposed crescent Moon sharing the evening twilight with bright Venus only a few degrees away (below and far right). In the darkening sky above the young Moon is a familiar right triangle of stars in the constellation Leo. Cantin reports that clear skies followed, all night long.