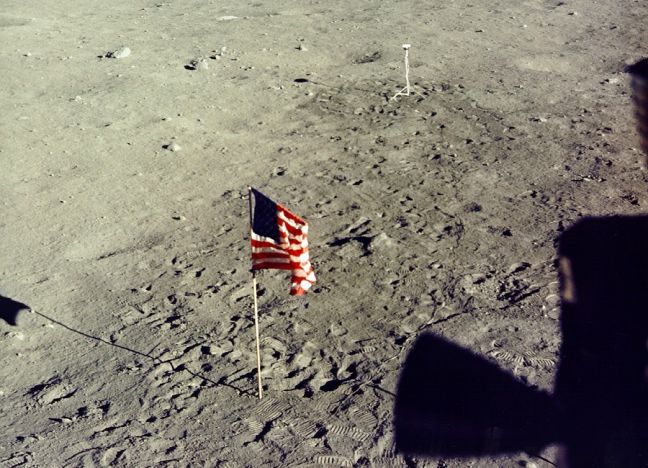 Explanation: On July 20th, 1969, humans first set foot on the Moon. Taken from a window of their Apollo 11 lunar module, the Eagle, this picture shows the footprints in the powdery lunar soil made by astronauts Neil Armstrong and Buzz Aldrin. It has been estimated that one billion people on planet Earth watched Armstrong step from the lander onto the surface of another world, making this live transmission one of the highest rated television shows ever. In the foreground at right, a rocket nozzle on the side of the Eagle is seen in silhouette, while beyond an unfurled United States flag is the television camera, remounted on a stand to better view the landing area. The Apollo missions to the Moon have been described as the result of the greatest technological mobilization in history.