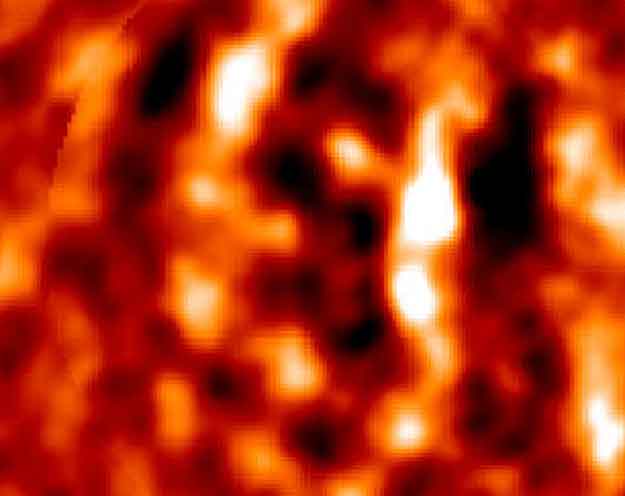 Explanation: What may appear fuzzy to some makes things crystal clear to others. The cosmic microwave background radiation emanating from the universe could only have the above fuzzy pattern if it contained clear amounts of dark matter and dark energy. The conclusion, based on a detailed analysis of the temperature and spacing of the bumps, was a surprise to those who felt that previous evidence for such a strange universe, based on observations of distant supernovae, was somehow inaccurate. The measurements were made with a novel group of microwave telescopes in Tenerife, Spain called the Very Small Array. The bumps appearing above are some of the oldest objects ever seen.