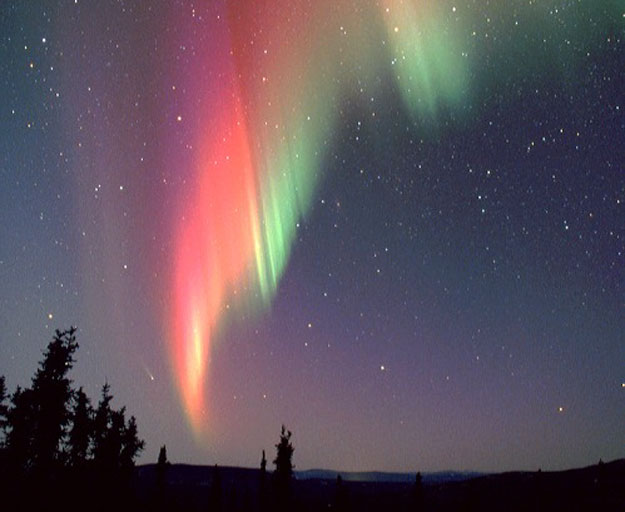 Explanation: Can you spot the comet? Flowing across the frozen Alaskan landscape is an easily visible, colorful aurora. Just to the lower left, however, well in the background, is something harder to spot: Comet Ikeya-Zhang, the brightest comet of recent years. Although the aurora faded in minutes, the comet is just now beginning to fade. It remains just barely visible without aid, however, before sunrise in the East. The comet is actually a giant dirt-covered snowball that spends most of its time in the outer Solar System -- to where it is now returns. The above photograph was taken on March 20 when Comet Ikeya-Zhang was near its brightest. Careful inspection of the photo will uncover several other sky delights, including the giant galaxy M31.