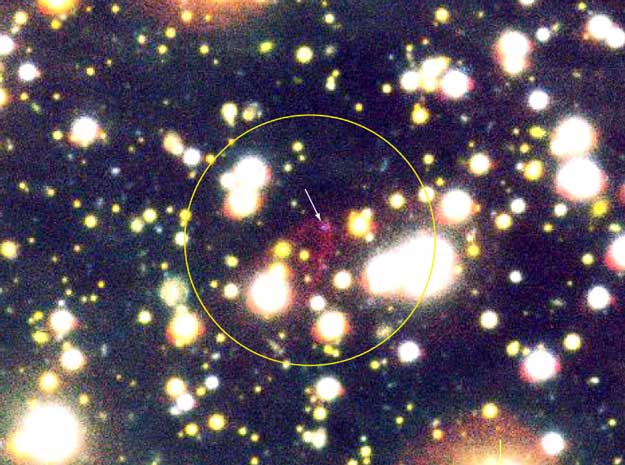 Explanation: Is RJX J185635-375 really so small? Previously, this compact star held claim to being the closest neutron star -- only 150 light-years away. Now new observations and analysis indicate not only a larger distance, roughly 450 light-years, but a very small radius for RXJ J185635-375, pictured above. One hypothesized solution holds hope a RJX J185635-375 is actually a not a neutron star but a quark star -- something new. Now quark stars are truly strange -- some may have made a transition to type of matter known as strange quarks. Quark stars, were they to exist, can be intermediate between neutron stars and black holes in size and density. Quark stars can also be more compact and cool faster than neutron stars. In fact, some might even be ultracompact -- so dense that light itself can orbit. Future observations will likely settle the controversial claims of RJX J185635-375's distance and radiative geometry, and hence determine if a previously undiscovered type of beast roams the sky.