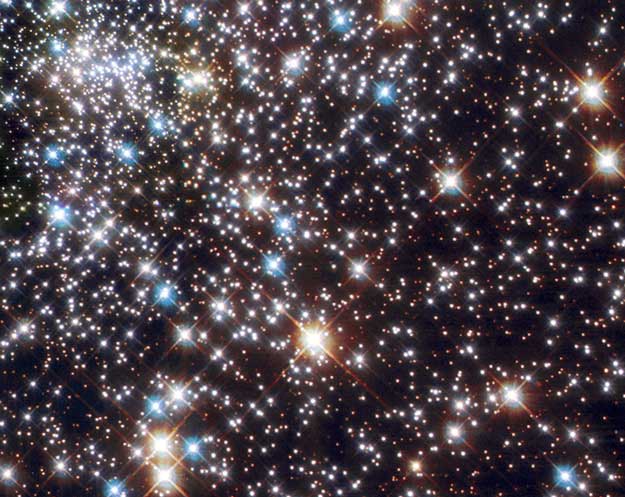 Explanation: One of these stars is blinking. This star, a member of globular cluster NGC 6397, is noteworthy not just because it blinks, but because it blinks so fast and because its companion star is so atypical. Speculation holds that this might be a neutron star spun up to a rate of 274 rotations each second by the bloated red star it orbits. Matter gravitationally pulled from the bloated star likely orbits the millisecond pulsar, making it spin faster when it crashes onto the surface. The odd system might have resulted when the neutron star captured a normal star after a near collision near the globular cluster's dense center. Other collisions near the center of NGC 6397 are thought to have produced other oddities -- blue straggler stars. The Hubble Space Telescope took the above image of the colorful globular cluster.