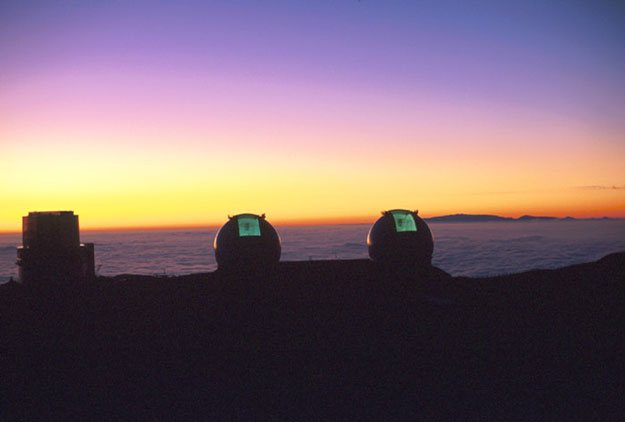 Explanation: We live in the exciting time when humanity discovers the nature of our entire universe. During this year, in particular, however, the quest for cosmological understanding appears to have astronomers groping in the dark. Dark matter and dark energy are becoming accepted invisible components of our universe, much like oxygen and nitrogen have become established invisible components of Earth-bound air. In comprehending the nature and origin of the formerly invisible, however, we are only just exiting the cosmological dark age. Relatively unexplored concepts such as higher spatial dimensions, string theories of fundamental particles, quintessence, and new forms of inflation all vie for cornerstone roles in a more complete theory. As understanding invisible air has led to such useful inventions as the airplane and the oxygen mask, perhaps understanding dark matter and dark energy can lead to even more spectacular and useful inventions. Pictured above, three of the largest optical telescopes (Keck I, Keck II, and Subaru) prepare to peer into the dark and distant universe.