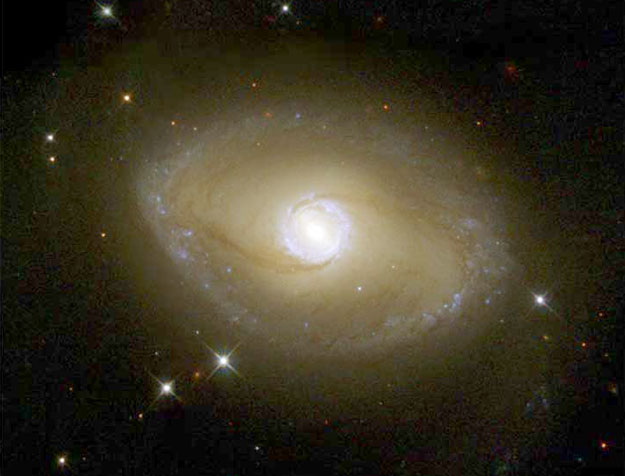 Explanation: Do spiral galaxies look the same in every color? NGC 6782 demonstrates colorfully that they do not. In visible light, NGC 6782 appears to be a normal spiral galaxy with a bright bar across its center. In ultraviolet light, however, the central region blossoms into a spectacular and complex structure highlighted by a circumnuclear ring, as shown in the above representative color Hubble Space Telescope image. Many of the young stars that formed in a recent burst of star formation emit the ultraviolet light. Astronomers are studying possible relationships between the central bar and the ring. Light we see today from NGC 6782 left about 180 million years ago, while dinosaurs roamed the Earth. The galaxy spans about 80,000 light-years and can be seen with a telescope toward the constellation of Pavo.