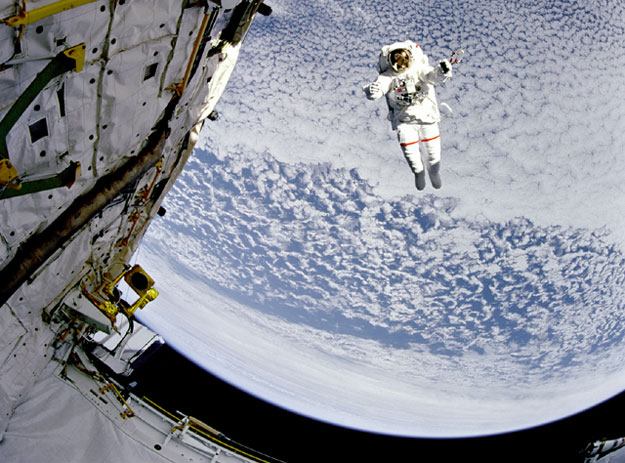 Explanation: What would it be like to fly free over the seas and clouds of Earth? In 1994 astronaut Mark Lee found out when he tested the Simplified Aid for EVA Rescue (SAFER) system for NASA. SAFER is a backpack propulsion unit that incorporates small nitrogen thrusters controlled by hand and moderated by computer. Pictured, Lee jets about the bay of Space Shuttle Discovery, over 200 kilometers above Earth in the first untethered space walk in ten years. Lee was not in danger -- the shuttle could have been used to retrieve him. SAFER, smaller than the Manned Maneuvering Unit, is designed as a backup system to help astronauts in the unlikely event that they become too separated from their work outside the International Space Station.