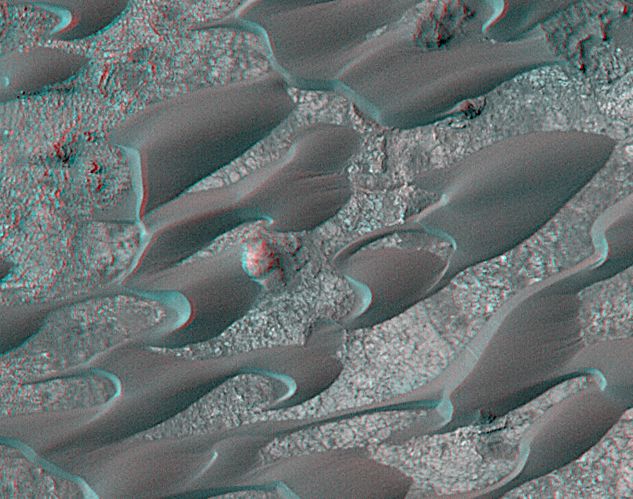 Explanation: Get out your red/blue glasses and treat yourself to this dramatic 3-D view of sand dunes on Mars! The field of undulating dunes is found in Nili Patera, a volcanic depression in central Syrtis Major, the most prominent dark feature on the Red Planet. Two different images from the orbiting Mars Global Surveyor spacecraft were combined to make this stereo picture, one taken in March 1999 and the other recorded in April 2001. Sculpted by winds like the sand dunes of Earth, these particular Martian dunes show no change in shape over the time separating the two images, a period equivalent to about one Martian year. This cropped version of the 3-D picture spans an area around 2 kilometers across. Walking, you might cover that distance in about 20 minutes.