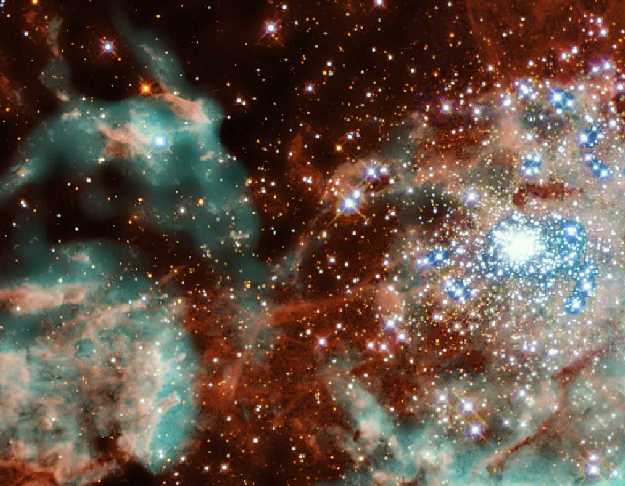 Explanation: In the center of star-forming region 30 Doradus lies a huge cluster of the largest, hottest, most massive stars known. Known as R136, the cluster's energetic stars are breaking out of the cocoon of gas and dust from which they formed. This disintegrating cocoon, which fills the rest of the recently released above picture by the Hubble Space Telescope, is predominantly ionized hydrogen from 30 Doradus. R136 is composed of thousands of hot blue stars, some about 50 times more massive than our Sun. R136, also known as NGC 2070, lies in the LMC - a satellite galaxy to our own Milky Way Galaxy. Although the young ages of stars in R136 make it similar to a Milky Way open cluster, its high density of stars will likely turn it into a low mass globular cluster in a few billion years.