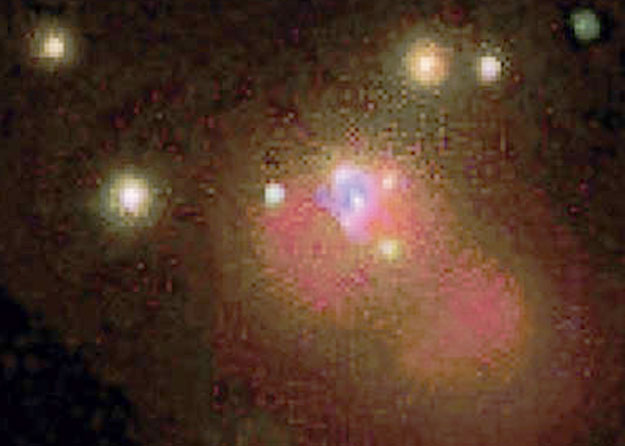 Explanation: Are black holes the cause of X-rays that pour out from the center of the Circinus galaxy? A new high-resolution image from the orbiting Chandra X-ray Observatory has resolved the inner regions of this nearby galaxy into several smaller sources. The image is shown above in representative-color. Extended X-ray emission from the center appears to match optical light and appears consistent with a model where hot gas is escaping from a supermassive black hole at Circinus' center. At least one of the other sources varies its X-ray brightness as expected from a binary star system, indicating that the system is small yet massive, and giving credence to a model where a black hole is surrounded by doughnut-shaped ring. The region shown spans about 5000 light-years across.