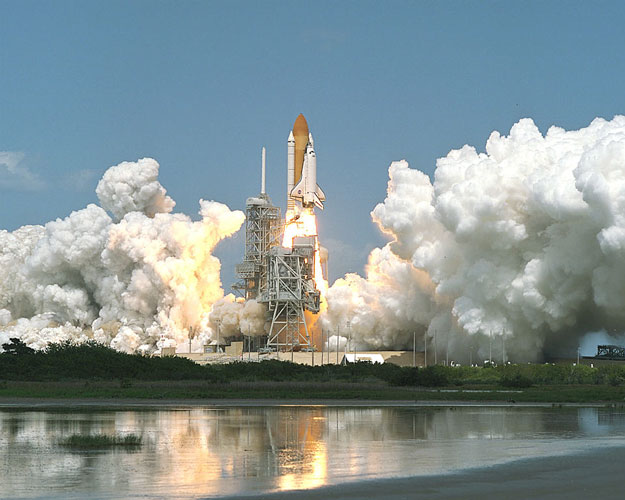 Explanation: Last Thursday, Space Shuttle Endeavor lifted off on course for the latest round of building the International Space Station (ISS) in orbit around Earth. One of the highlights of the 11-day mission promises to be the installation of Canadarm2, a robotic arm that will assist in the future construction and utilization of the ISS. Canadarm2, a larger and more sophisticated version of the shuttle's own robotic arm, will be able to move around the station's exterior. This is the ninth shuttle mission to build the ISS -- many more are planned over the next several years. When completed, the ISS should enclose about the same room as the passenger cabin of a 747 jet.