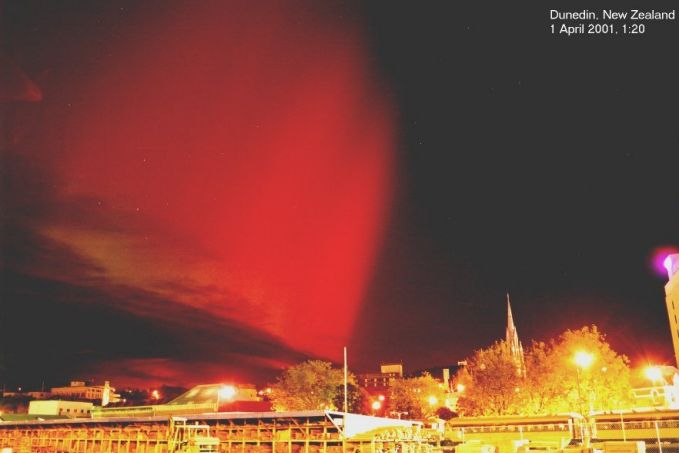 Explanation: Last weekend skygazers at middle and high latitudes around the globe were treated to expansive auroral displays as a magnetic storm raged around planet Earth. The storm was triggered by a solar coronal mass ejection associated with the giant sunspot group cataloged as active region number 9393. For example, pictured here in the early morning hours of April 1, the skies over New Zealand are alive with "southern lights". In the wide-angle time exposure, a towering red aurora is visible suspended above the foreground of a well lit lumber yard, train station, church steeple and buildings of the city of Dunedin. On April 2, the largest solar flare of the last 25 years also erupted near active region 9393, but because of its position near the Sun's edge the effects were largely directed away from our fair planet. However, all the recent solar activity underscores the fact that the solar maximum is still with us.