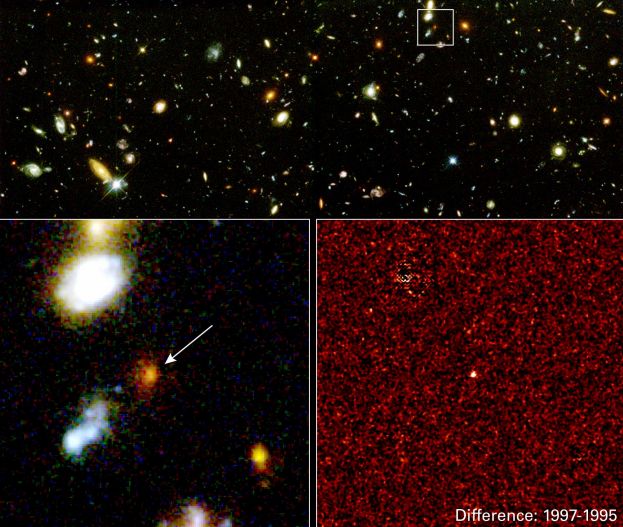 Explanation: A pinpoint of light from a star that exploded over 10 billion light-years away is centered in the panel at the lower right, a cosmic snapshot of the most distant supernova. The ancient stellar detonation was detected by digitally subtracting before and after images of a faint, yellowish, elliptical galaxy included in the Hubble Space Telescope Deep Field image illustrated at the top and left. Remarkable in itself as the farthest known supernova, its measured brightness provides astounding evidence for a strange universe - one which eventually defies gravity and expands at an accelerating rate. The unseen force driving this expansion is attributed to "dark energy" and discovering the fundamental nature of dark energy has been called the challenge of this millennium.