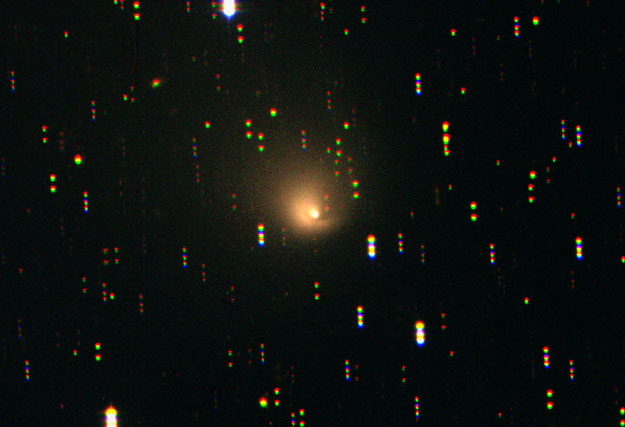 Explanation: Whatever became of Comet Hale-Bopp? The brightest comet in recent years has continued into the outer Solar System and is now farther from the Sun than Saturn. To the surprise of many, Comet Hale-Bopp is still active, continuing to spew gas, ice and dust particles out into space. Pictured above earlier this month, Comet Hale-Bopp can be seen in the Southern Hemisphere with a moderate sized-telescope. The continued activity of Comet Hale-Bopp may be due to the large size of its nucleus - estimated to be about 50 kilometers across. The unusual dotted appearance of most stars in the above image is due to the 14 discrete exposures that were centered on the comet and not the stars.