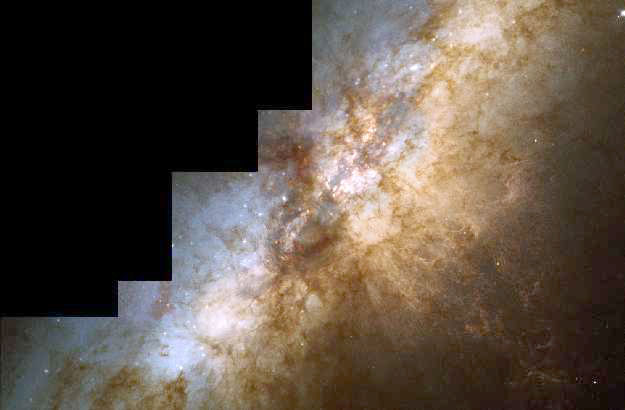 Explanation: When did the Cigar Galaxy light up? Evidence indicates how M82, the Cigar Galaxy, became so bright and peculiar: it collided with neighboring galaxy M81. Astronomers become detectives, however, when trying to figure out when this collision occurred. Inspection of this and other Hubble Space Telescope images now indicate massive young globular star clusters were formed during the encounter. Stars in these clusters that are 600 million years old are just now exhausting their central hydrogen fuel, indicating that the Cigar Galaxy's brightening occurred just that long ago. M82 is located about 12 million light years away and visible with binoculars towards the constellation of Ursa Major. The star-field shown above spans about 10,000 light years.