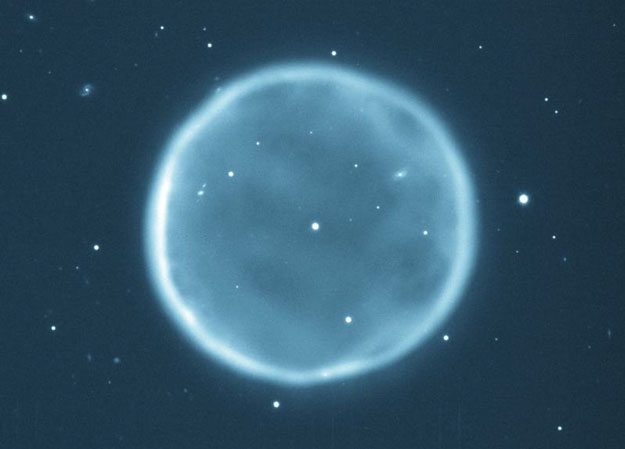 Explanation: One of the largest spheres in our Galaxy is giving valuable clues about the chemical composition of stars by its very shape. Planetary nebula Abell 39, now six light-years across, was once a sun-like star's outer atmosphere expelled thousands of years ago. The nearly perfect spherical nature of Abell 39 allows astronomers to accurately estimate how much relative material is actually absorbing and emitting light. Observations indicate that Abell 39 contains only about half of the oxygen found in the Sun, an intriguing but not surprising confirmation of the chemical differences between stars. The reason why the central star is slightly off center by 0.1 light-years is currently unknown. Abell 39 lies about 7000 light years away, although several galaxies millions of light years away can be seen through and around the nebula.