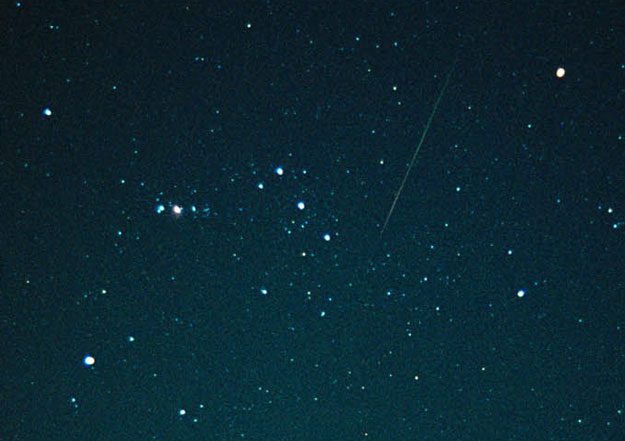 Explanation: The Leonid Meteor Shower this year could be described as good but not great. During November 17 and 18 the Earth crossed through several streams of sand-sized grit left orbiting the Sun by Comet Tempel-Tuttle. Several distinct peaks in meteor activity were reported, with rates approaching 400 meteors per hour for brief periods for some dark locations. Pictured above, a Leonid meteor was caught from Florida streaking through the constellation of Orion on the morning of 2000 November 18. Visible as a red-tinged smudge to the left of the three nearly linear stars that compose Orion's belt is the picturesque star-forming region known as the Orion Nebula. Next year, the Leonids Meteor Shower is expected by many to be much more active.