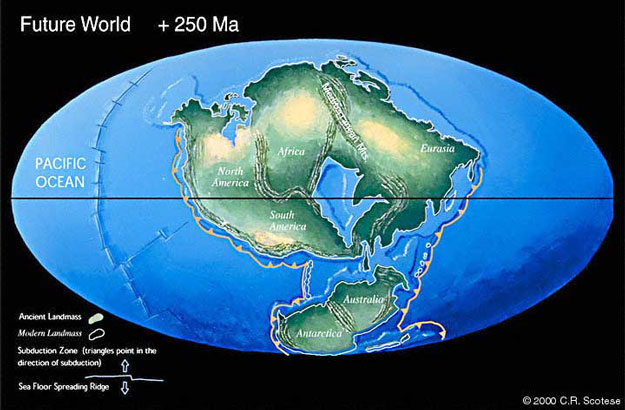 Explanation: Is this what will become of the Earth's surface? The surface of the Earth is broken up into several large plates that are slowly shifting. About 250 million years ago, the plates on which the present-day continents rest were positioned quite differently, so that all the landmasses were clustered together in one supercontinent now dubbed Pangea. About 250 million years from now, the plates are again projected to reposition themselves so that a single landmass dominates. The above simulation from the PALEAOMAP Project shows this giant landmass: Pangea Ultima. At that time, the Atlantic Ocean will be just a distant memory, and whatever beings inhabit Earth will be able to walk from North America to Africa.