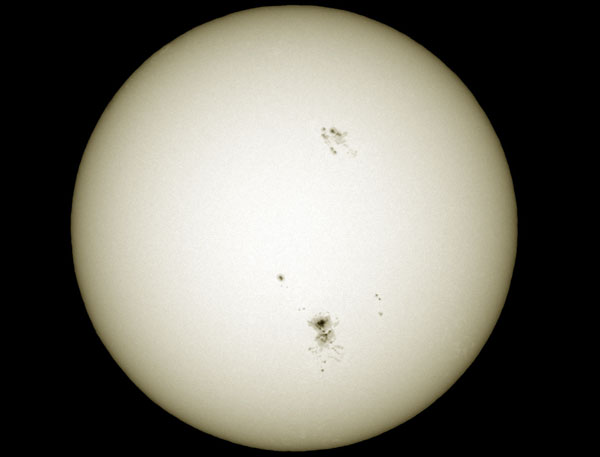 Explanation: One of the largest sunspots in recent years is now crossing our Sun. Dominating active region AR 9169, the sunspot is the large dark complex visible below (west) and right of center in the above photograph of our Sun taken last Thursday. Although quiet so far, the regions in and around this large magnetic depression are under watch for explosive eruptions. AR 9169 holds the largest sunspot yet produced during this Solar Maximum, the time of greatest sunspot activity during the Sun's 11-year magnetic cycle. The sunspot in AR 9169 is over twice the diameter of a normal sunspot, but only about half the area of a sunspot once recorded in 1947. Rotating with the Sun, AR 9169 will take about 30 days to make one complete circle, slowly breaking up during this time.