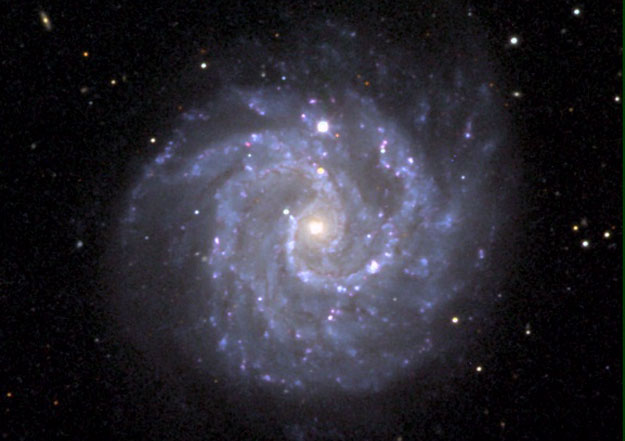 Explanation: NGC 3184 is a large spiral galaxy with a small nucleus and long sprawling spiral arms. Although NGC 3184 contains hundreds of billions of stars, the blue color of its spiral arms comes mostly from relatively few bright young blue stars. The galaxy is not empty of matter between these spiral arms -- the bright stars that highlight the arms were created in huge density waves that circle the center. Visible with a small telescope towards the constellation of Ursa Major, light takes about 25 million years to reach us from NGC 3184, and about 50,000 years just to cross it. NGC 3184 (Hubble type Sbc) is notable for its high abundance of heavy elements and a supernova that has occurred there recently.