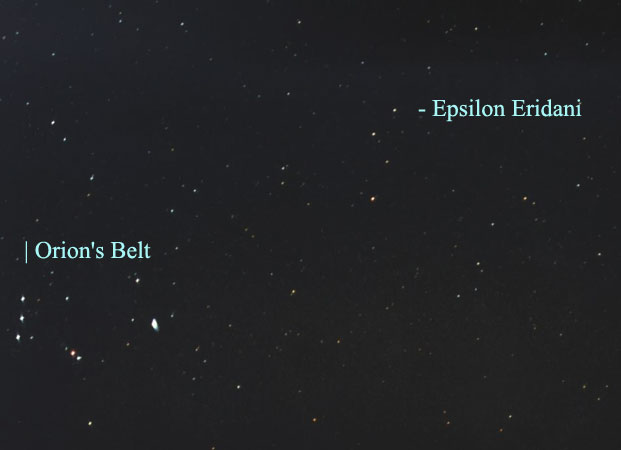 Nearby Star Episilon Eridani Has a Planet
Credit & Copyright: J. B. Kaler (UIUC)

Explanation: A planet has been found orbiting a Sun-like star only 10 light-years away. No direct picture of the planet was taken - the planet was discovered by the gravitational wobble it created on its parent star, Epsilon Eridani. The discovery marks the closest Sun-like star yet found to house an extra-solar planet. Pictured above, the star Epsilon Eridani is visible near the belt of Orion to the unaided eye. The detected planet is thought to have a mass like Jupiter but orbit slightly closer in. The elliptical nature of the planet's orbit raises questions about whether the nearly circular orbits of planets in our own Solar System are relatively uncommon. It is unknown whether other planets exist around Epsilon Eridani.