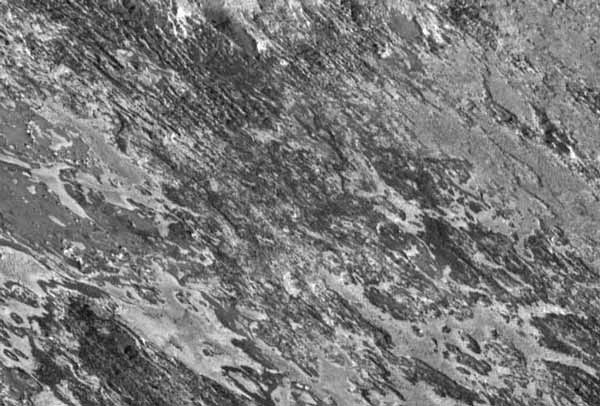 Explanation: Above is the highest resolution photograph yet taken of the Solar System's strangest moon. The surface of Jupiter's moon Io is home to violent volcanoes that are so active they turn the entire moon inside out. The above photograph shows a region four kilometers across and resolves features only five meters across. Many revealed details are not well understood. In general, the bright areas are higher terrain than the darker areas, but some areas of the surface appear eroded by an unknown process. Although the parts of Io's surface near erupting volcanoes are hot enough to melt rock, most of Io has cooled well below the freezing point of water. The robot spacecraft Galileo during its most recent flyby of Io took the above image in 2000 February.