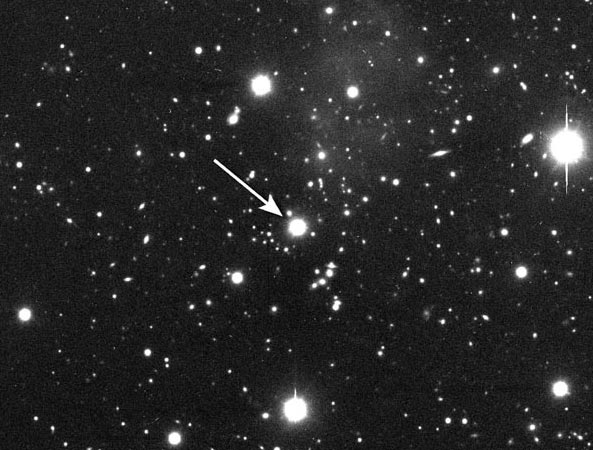 Explanation: A quasar slightly depleted of a specific color of light may indicate that our universe is filled with massive amounts of ionized hydrogen. Light from QSO H1821+643, pictured above, comes to us from about a quarter of the way across the visible universe. Detailed analysis now indicates that a tiny amount of this quasar's light was absorbed by intervening ionized oxygen. Astronomers intuit that this oxygen is surely accompanied by much more abundant ionized hydrogen, which would otherwise be invisible. The oxygen is thus thought to be the tip of a tremendous iceberg, indicating a universe filled with proton and electron clouds so vast they likely exceed the mass of all the stars combined. Still, this is only a small part of the long-sought dark matter astronomers have been searching for. Our universe is thought to be filled with much more abundant, much stranger forms of dark matter.