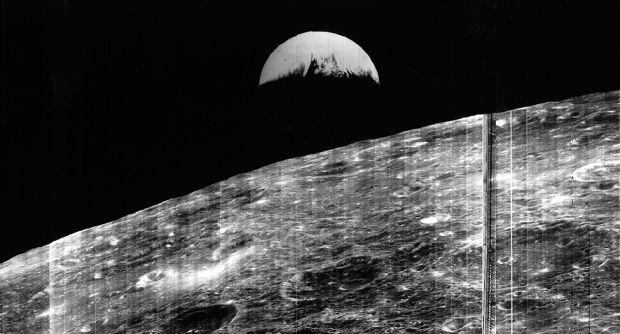 Explanation: The Lunar Orbiter 1 spacecraft was launched in 1966 to map the lunar surface in preparation for the Apollo moon landings. NASA's plucky robotic explorer performed its job well and pioneered this classic view of the Earth poised above the lunar horizon. The first humans to directly witness a similar scene were the Apollo 8 astronauts. As they orbited the Moon in December of 1968 they also recorded Earth rise in a photograph that was to become one of the most famous images in history - a moving portrait of our world from deep space.