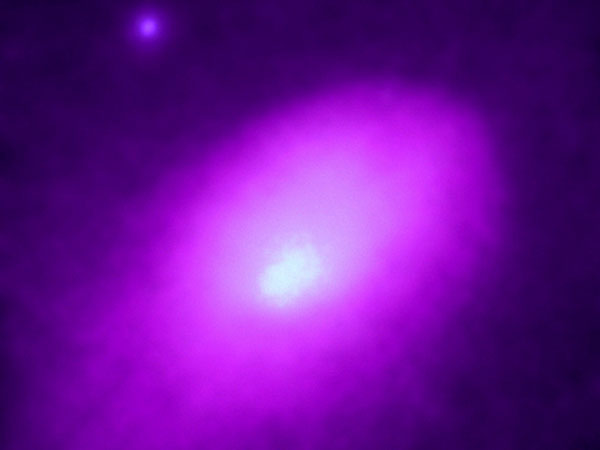 Explanation: Over the course of billions of years, whole clusters of galaxies merge. Above is an X-ray image of Abell 2142, the result of the collision of two huge clusters of galaxies, and one of the most massive objects known in the universe. This false-color image shows a concentration of gas 50 million degrees hot near the center of the resulting cluster. Oddly, it is the relative coldness of the gas that makes this situation particularly interesting. The center of Abell 2142 is surrounded by gas fully twice as hot, a temperature thought to have been created by energy released during the colossal collision. Still, since we can only see a snapshot in time, much remains unknown about how clusters of galaxies form and coalesce.