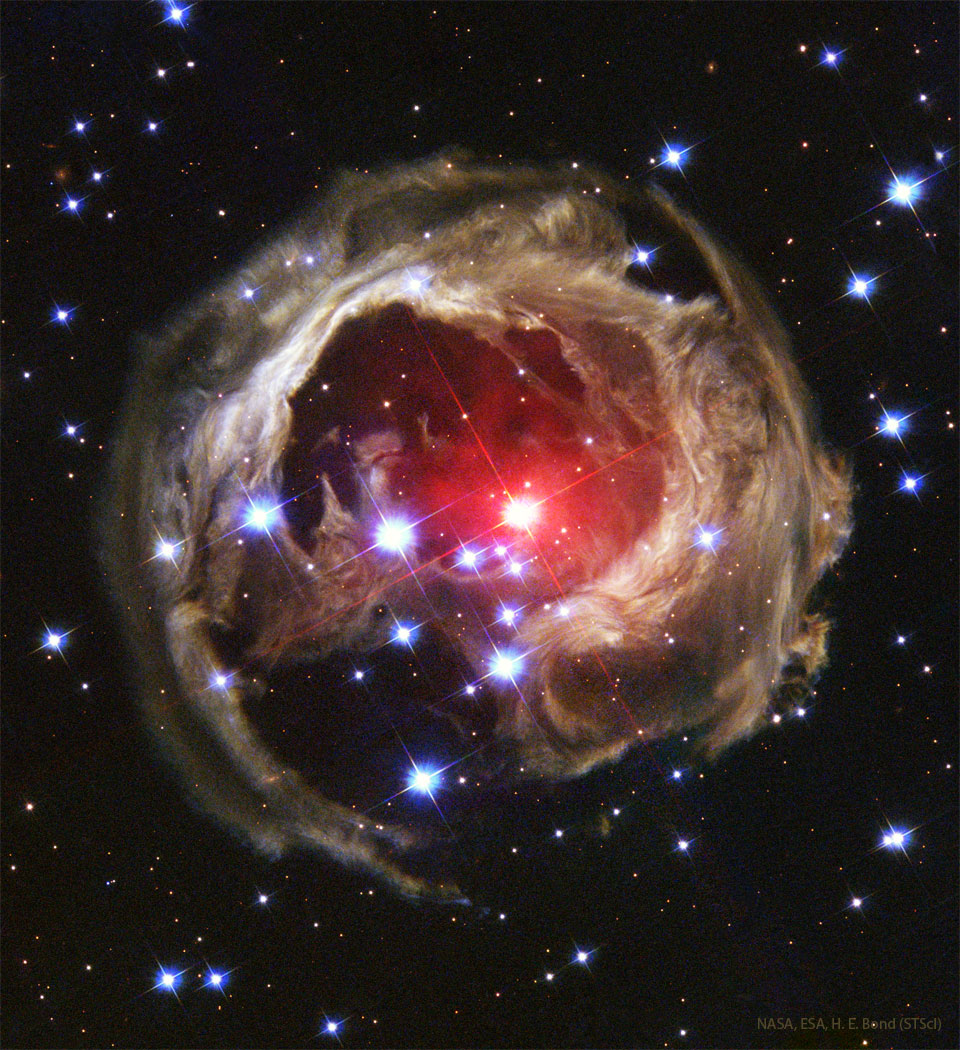 Explanation: What caused this outburst of V838 Mon? For reasons unknown, star V838 Mon's outer surface suddenly greatly expanded with the result that it became one of the brighter stars in the Milky Way Galaxy in early 2002. Then, just as suddenly, it shrunk and faded. A stellar flash like this had never been seen before -- supernovas and novas expel matter out into space. Although the V838 Mon flash appears to expel material into space, what is seen in the featured image from the Hubble Space Telescope is actually an outwardly expanding light echo of the original flash. In a light echo, light from the flash is reflected by successively more distant surfaces in the complex array of ambient interstellar dust that already surrounded the star. V838 Mon lies about 20,000 light years away toward the constellation of the unicorn (Monoceros), while the light echo above spans about six light years in diameter.