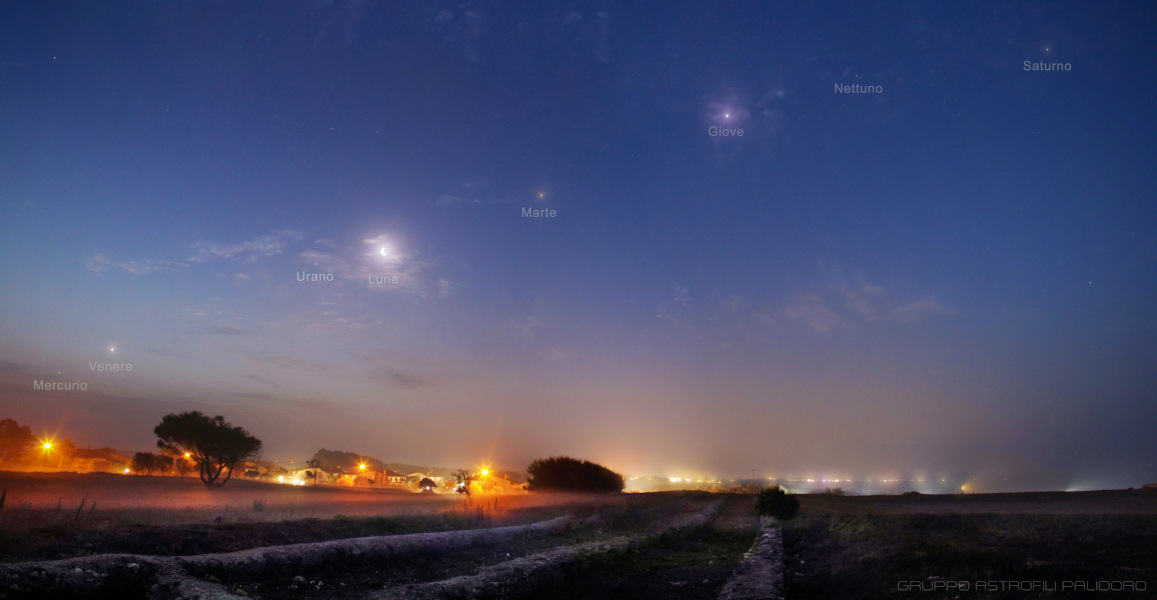 Explanation: Simultaneous images from four cameras were combined to construct this atmospheric predawn skyscape. The cooperative astro-panorama captures all the planets of the Solar System, just before sunrise on June 24. That foggy morning found innermost planet Mercury close to the horizon but just visible against the twilight, below and left of brilliant Venus. Along with the waning crescent Moon, the other bright naked-eye planets, Mars, Jupiter, and Saturn lie near the ecliptic, arcing up and to the right across the wide field of view. Binoculars would have been required to spot the much fainter planets Uranus and Neptune, though they also were along the ecliptic in the sky. In the foreground are excavations at an ancient Roman villa near Marina di San Nicola, Italy, planet Earth.