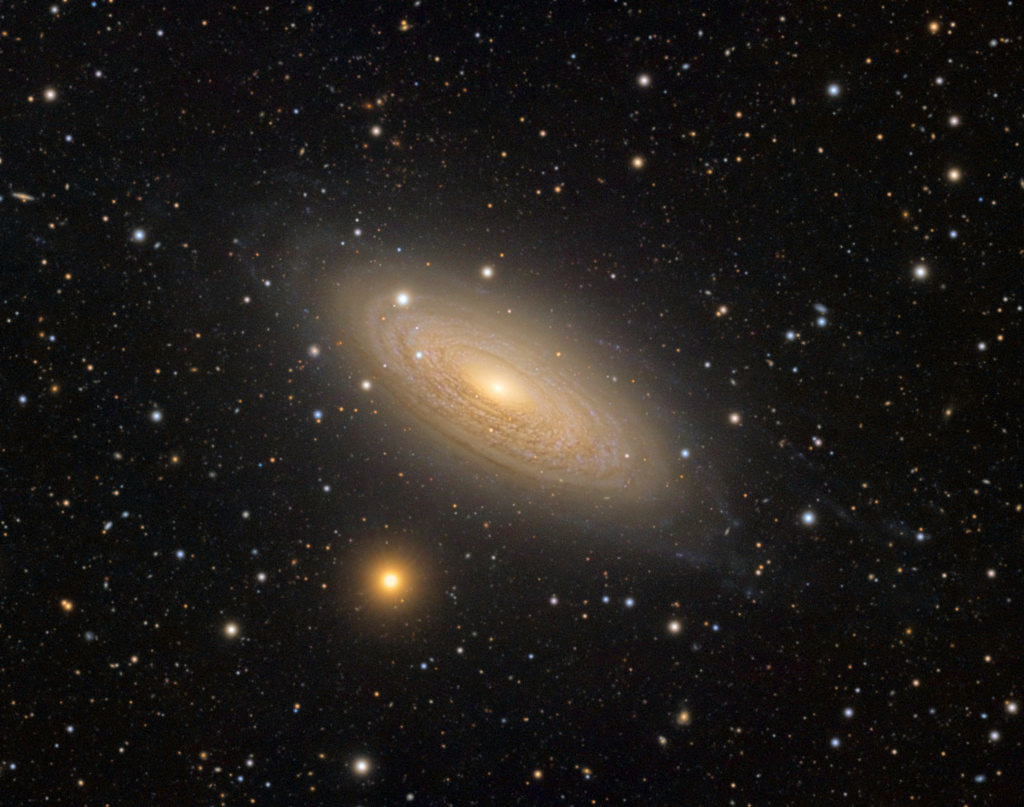 Explanation: A mere 46 million light-years distant, spiral galaxy NGC 2841 can be found in the northern constellation of Ursa Major. This deep view of the gorgeous island universe was captured during 32 clear nights in November, December 2021 and January 2022. It shows off a striking yellow nucleus, galactic disk, and faint outer regions. Dust lanes, small star-forming regions, and young star clusters are embedded in the patchy, tightly wound spiral arms. In contrast, many other spirals exhibit grand, sweeping arms with large star-forming regions. NGC 2841 has a diameter of over 150,000 light-years, even larger than our own Milky Way. X-ray images suggest that resulting winds and stellar explosions create plumes of hot gas extending into a halo around NGC 2841.