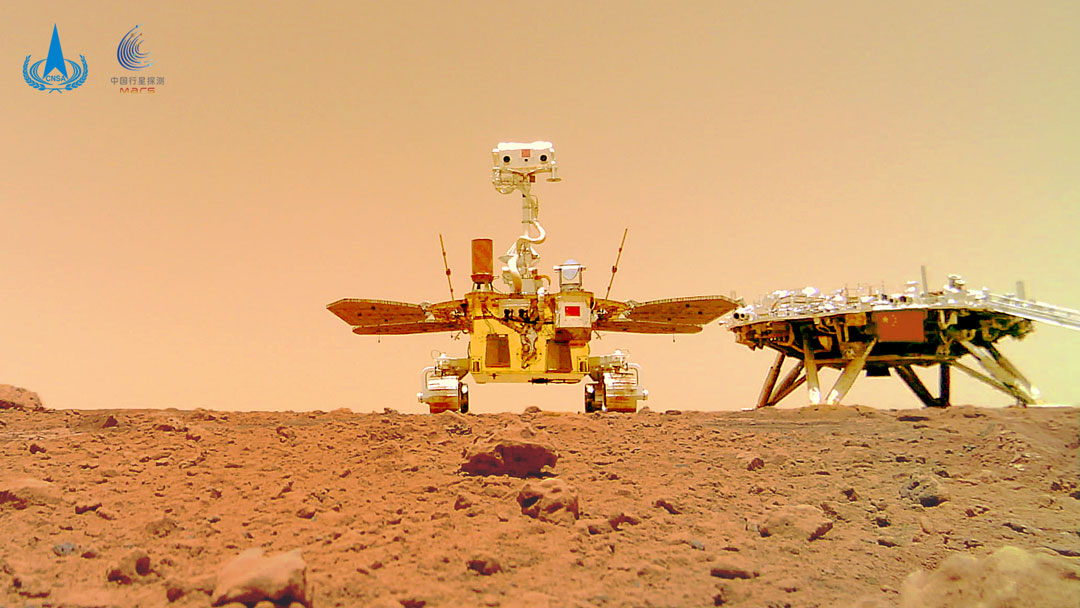 Explanation: There's a new rover on Mars. In mid-May, China's Tianwen-1 mission delivered the Zhurong rover onto the red planet. As Mars means Planet of Fire in Chinese, the Zhurong rover's name means, roughly, God of Fire in Chinese mythology. Zhurong landed in northern Utopia Planitia, the largest known impact basin in the Solar System, and an area reported to have much underground ice. Among many other scientific instruments, Zhurong carries ground-penetrating radar that can detect ice buried even 100-meters deep. Car-sized Zhurong is pictured here next to its landing base. The image was snapped by a remote camera deployed by the rolling rover. Zhurong's planned 90-day mission includes studying the geology, soil, and atmosphere of Mars in Utopia Planitia.