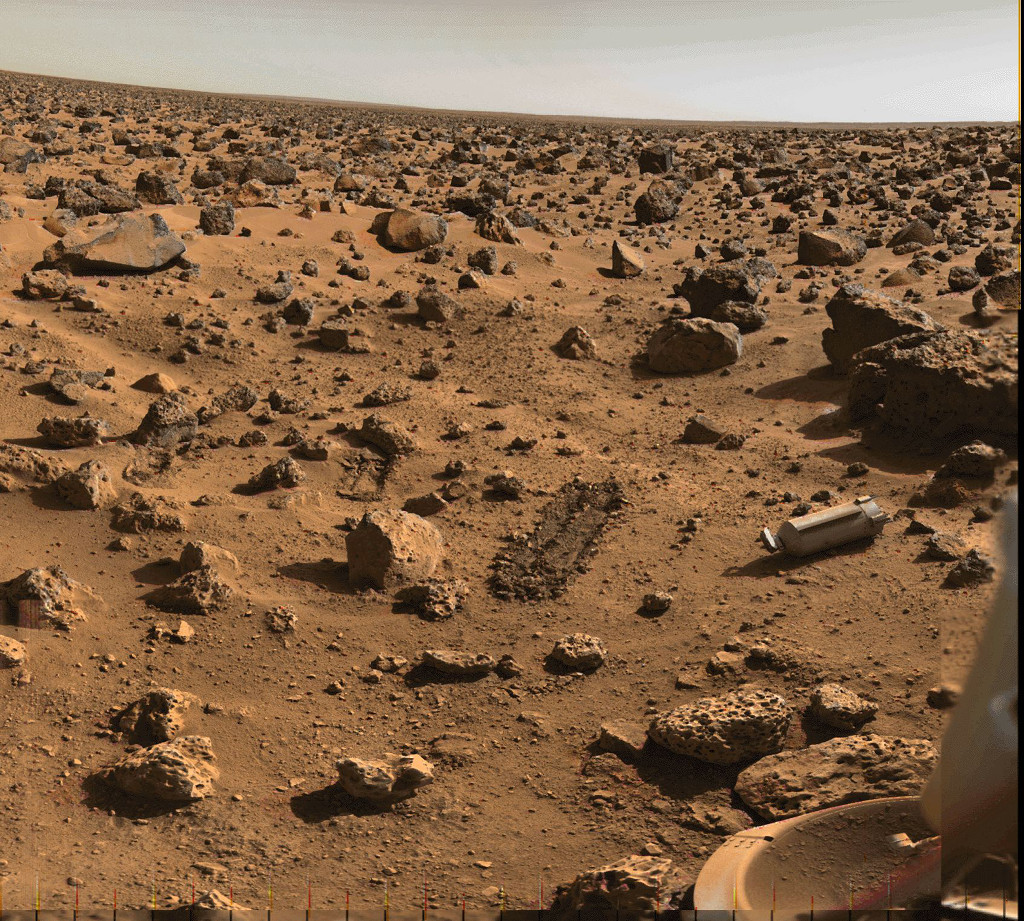 Explanation: Expansive Utopia Planitia on Mars is strewn with rocks and boulders in this 1976 image. Constructed from the Viking 2 lander's color and black and white image data, the scene approximates the appearance of the high northern martian plain to the human eye. For scale, the prominent rounded rock near center is about 20 centimeters (just under 8 inches) across. Farther back on the right side of the frame the a dark angular boulder spans about 1.5 meters (5 feet). Also in view are two trenches dug by the lander's sampler arm, the ejected protective shroud that covered the soil collector head, and one of the lander's dust covered footpads at the lower right. On May 14, China’s Zhurong Mars rover successfully touchdown on Mars and has returned the first images of` its landing site in Utopia Planitia.