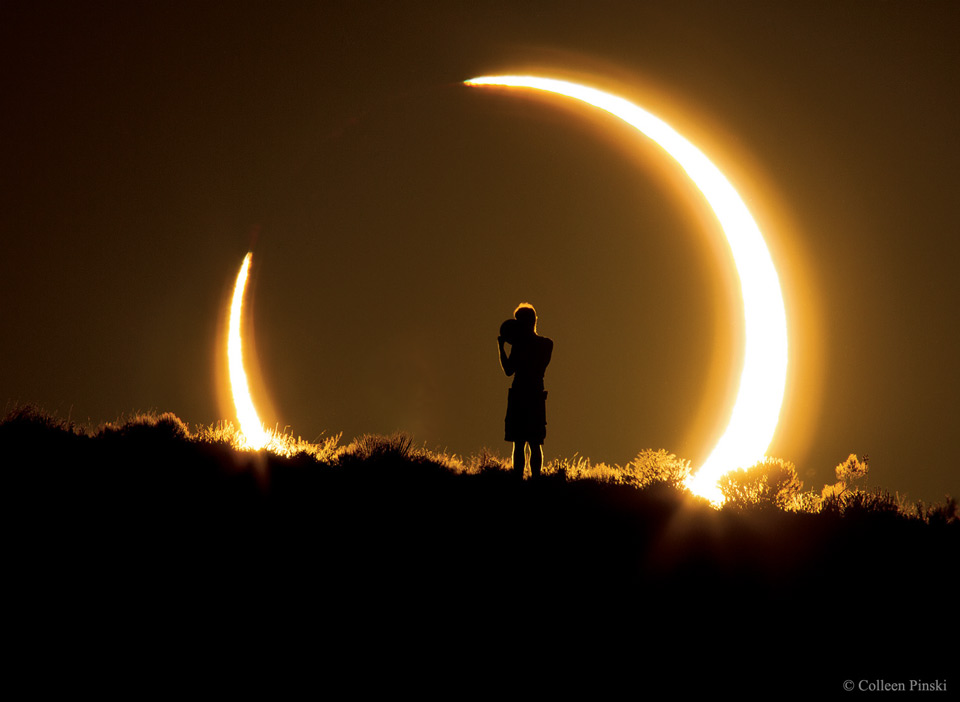 Explanation: What is this person doing? In 2012 an annular eclipse of the Sun was visible over a narrow path that crossed the northern Pacific Ocean and several western US states. In an annular solar eclipse, the Moon is too far from the Earth to block out the entire Sun, leaving the Sun peeking out over the Moon's disk in a ring of fire. To capture this unusual solar event, an industrious photographer drove from Arizona to New Mexico to find just the right vista. After setting up and just as the eclipsed Sun was setting over a ridge about 0.5 kilometers away, a person unknowingly walked right into the shot. Although grateful for the unexpected human element, the photographer never learned the identity of the silhouetted interloper. It appears likely, though, that the person is holding a circular device that would enable them to get their own view of the eclipse. The shot was taken at sunset on 2012 May 20 at 7:36 pm local time from a park near Albuquerque, New Mexico, USA. Tomorrow another annular solar eclipse will become visible, this time along a thin path starting in Saudi Arabia and going through southern India, Singapore, and Guam. However, almost all of Asia with a clear sky will be able to see, tomorrow, at the least, a partial solar eclipse.