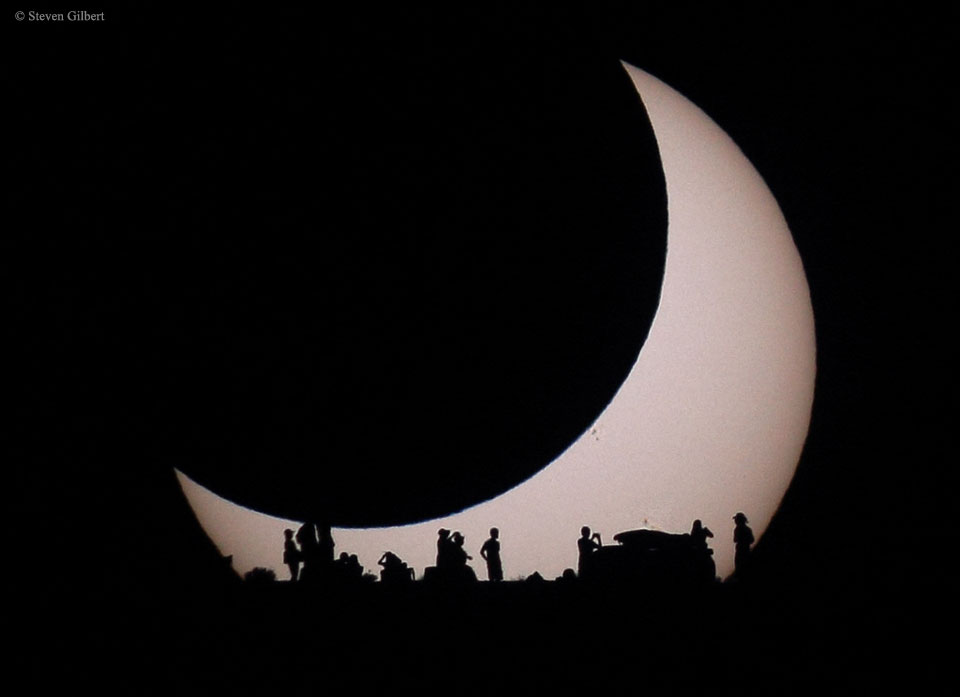 Explanation: Have you contemplated your home star recently? Featured here, a Sun partially eclipsed on the top left by the Moon is also seen eclipsed by earthlings contemplating the eclipse below. The spectacular menagerie of silhouettes was taken in 2012 from the Glen Canyon National Recreation Area near Page, Arizona, USA, where park rangers and astronomers expounded on the unusual event to interested gatherers. Also faintly visible on the Sun's disk, just to the lower right of the dark Moon's disk, is a group of sunspots. Although a partial solar eclipse by the Moon is indeed a good chance to contemplate the Sun, a great chance -- and one that is significantly more rare -- will occur next week when the Sun undergoes a partial eclipse by the planet Mercury.