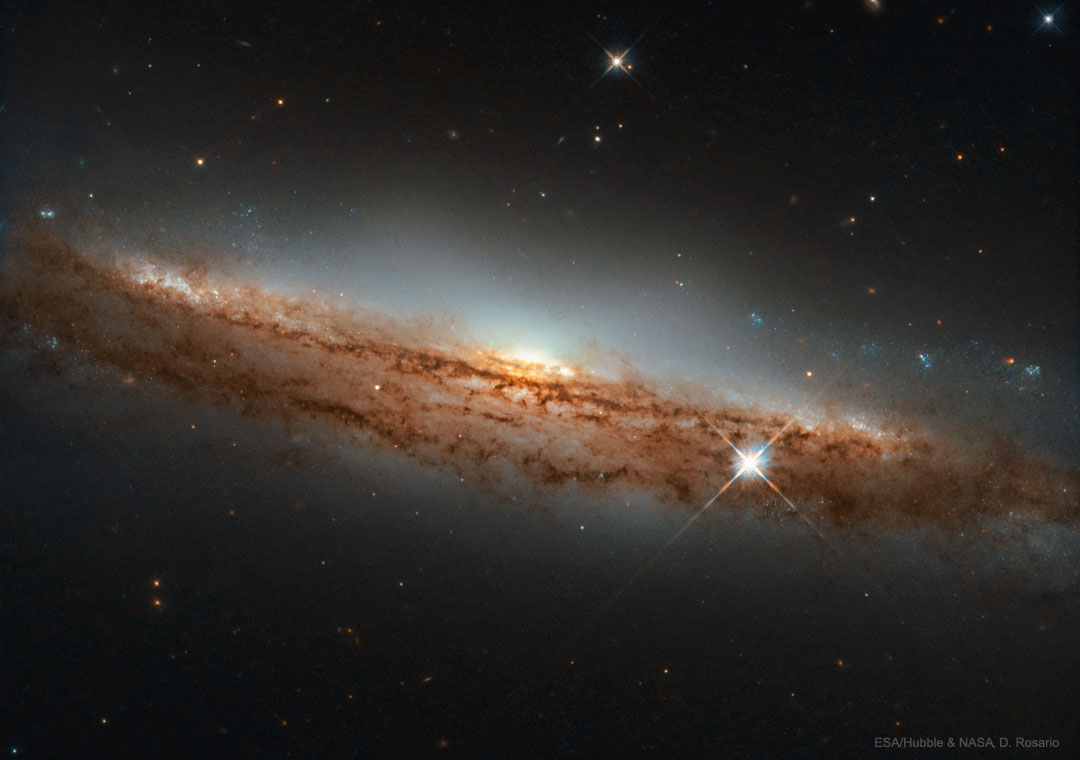 Explanation: Some spiral galaxies are seen nearly sideways. Most bright stars in spiral galaxies swirl around the center in a disk, and seen from the side, this disk can appear quite thin. Some spiral galaxies appear even thinner than NGC 3717, which is actually seen tilted just a bit. Spiral galaxies form disks because the original gas collided with itself and cooled as it fell inward. Planets may orbit in disks for similar reasons. The featured image by the Hubble Space Telescope shows a light-colored central bulge composed of older stars beyond filaments of orbiting dark brown dust. NGC 3717 spans about 100,000 light years and lies about 60 million light years away toward the constellation of the Water Snake (Hydra).