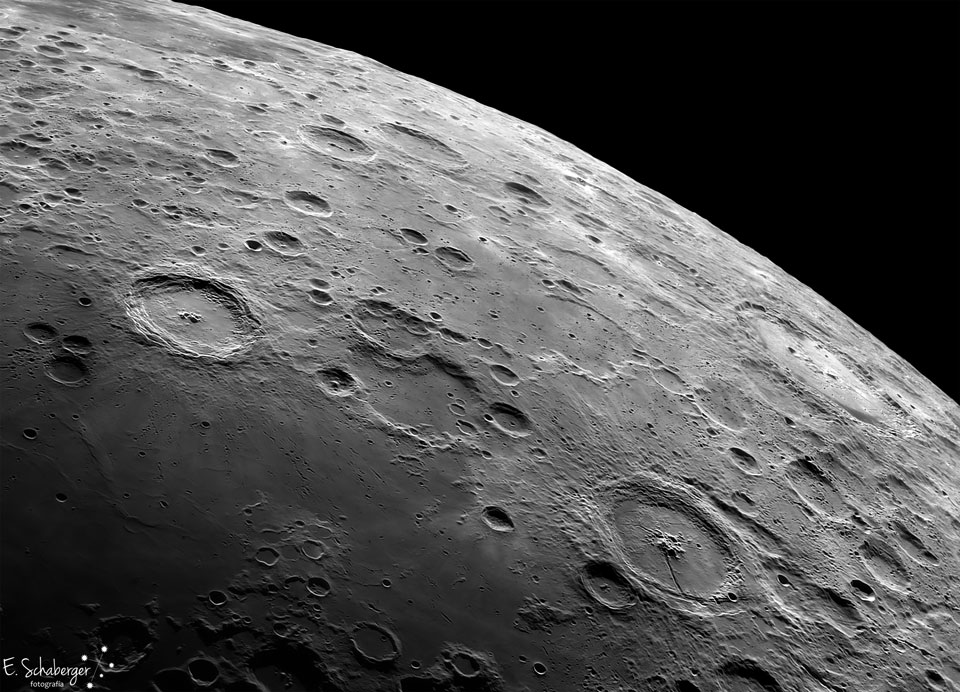 Explanation: The history of the Moon is partly written in its craters. Pictured here is a lunar panorama taken from Earth featuring the large craters Langrenus, toward the left, and Petavius, toward the right. The craters formed in separate impacts. Langrenus spans about 130 km, has a terraced rim, and sports a central peak rising about 3 km. Petavius is slightly larger with a 180 km diameter and has a distinctive fracture that runs out from its center. Although it is known that Petravius crater is about 3.9 billion years old, the origin of its large fracture is unknown. The craters are best visible a few days after a new Moon, when shadows most greatly accentuate vertical walls and hills. The featured image is a composite of the best of thousands of high-resolution, infrared, video images taken through a small telescope. Although mountains on Earth will likely erode into soil over a billion years, lunar craters Langrenus and Petavius will likely survive many billions more years, possibly until the Sun expands and engulfs both the Earth and Moon.