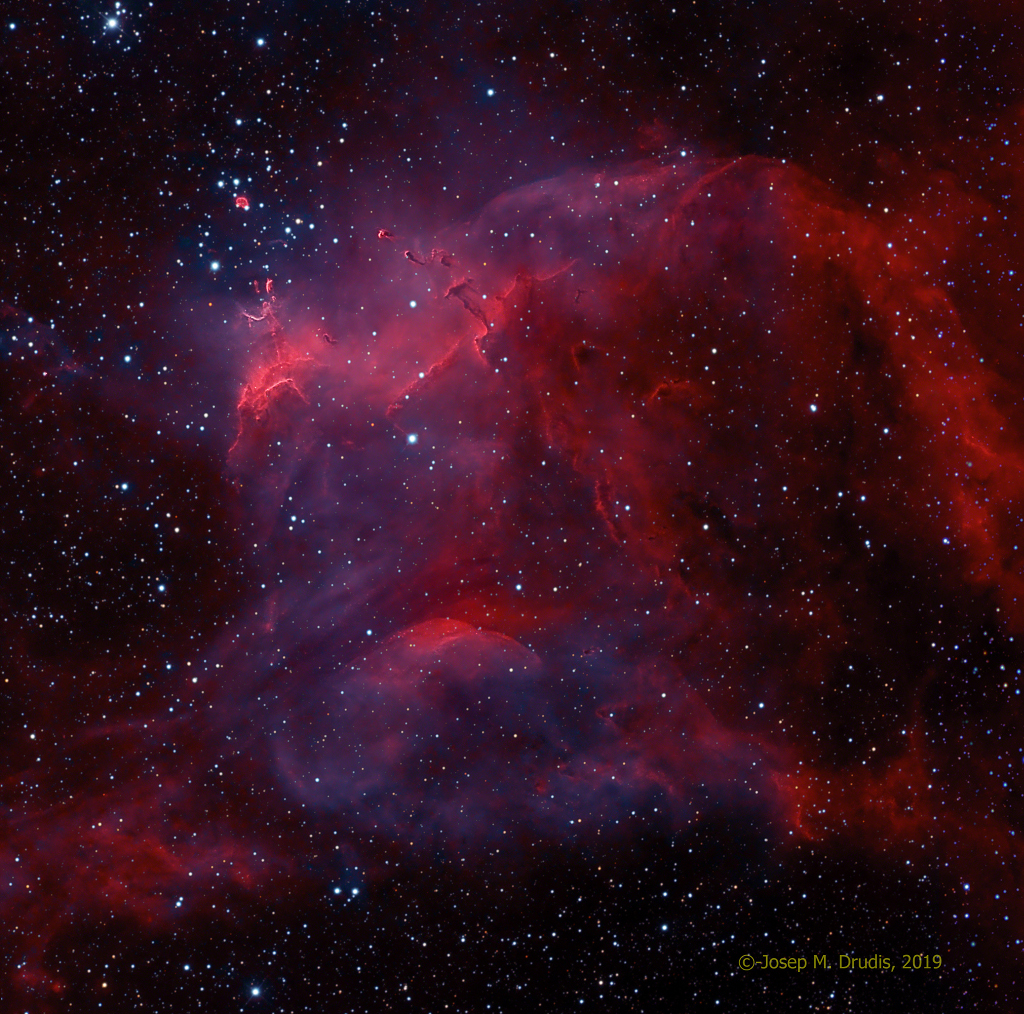 Explanation: This cosmic skyscape features glowing gas and dark dust clouds along side the young stars of NGC 3572. A beautiful emission nebula and star cluster in far southern skies, the region is often overlooked by astroimagers in favor of its brighter neighbor, the nearby Carina Nebula. Stars from NGC 3572 are toward the upper left in the telescopic frame that would measure about 100 light-years across at the cluster's estimated distant of 9,000 light-years. The visible interstellar gas and dust is part of the star cluster's natal molecular cloud. Dense streamers of material within the nebula, eroded by stellar winds and radiation, clearly trail away from the energetic young stars. They are likely sites of ongoing star formation with shapes reminiscent of the cosmic Tadpoles of IC 410 better known to northern skygazers. In the coming tens to hundreds of millions of years, gas and stars in the cluster will be dispersed though, by gravitational tides and by violent supernova explosions that end the short lives of the massive cluster stars.