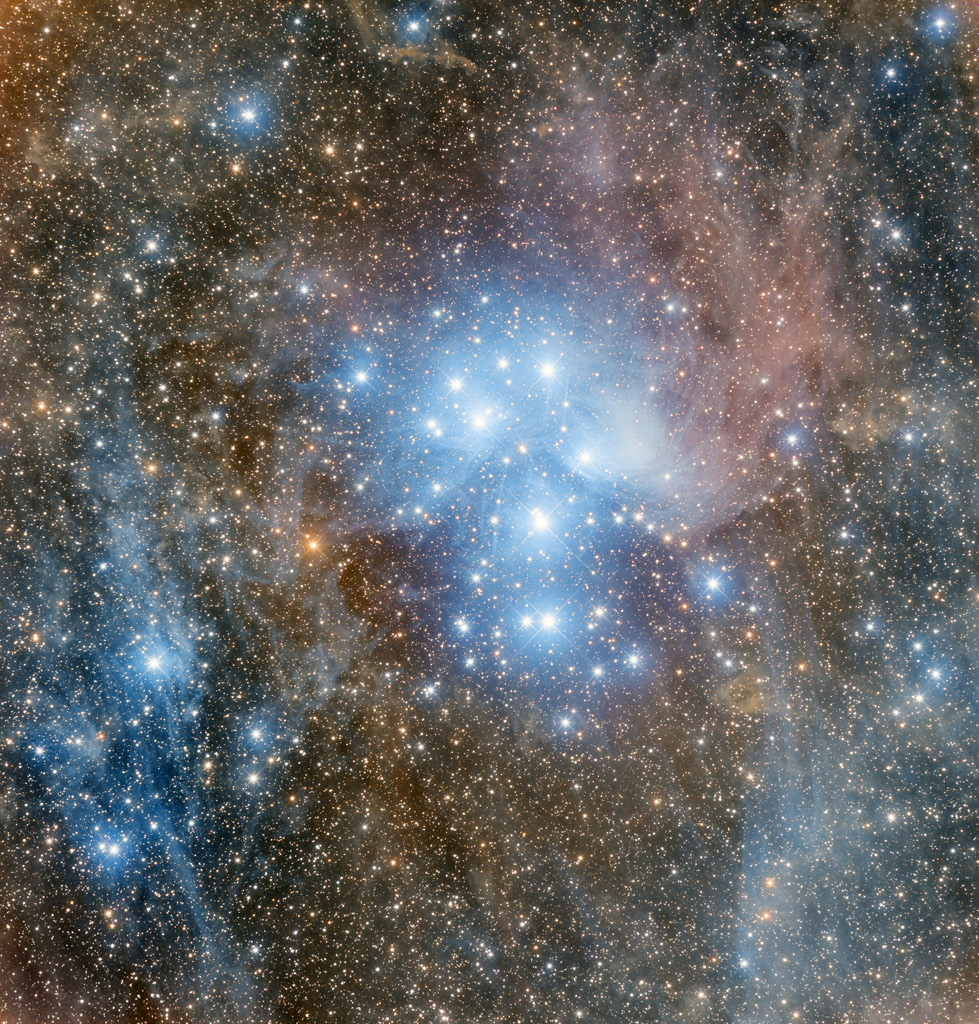 Explanation: Hurtling through a cosmic dust cloud a mere 400 light-years away, the lovely Pleiades or Seven Sisters open star cluster is well-known for its striking blue reflection nebulae. It lies in the night sky toward the constellation Taurus and the Orion Arm of our Milky Way Galaxy. The sister stars and cosmic dust cloud are not related though, they just happen to be passing through the same region of space. Known since antiquity as a compact grouping of stars, Galileo first sketched the star cluster viewed through his telescope with stars too faint to be seen by eye. Charles Messier recorded the position of the cluster as the 45th entry in his famous catalog of things which are not comets. In Greek myth, the Pleiades were seven daughters of the astronomical titan Atlas and sea-nymph Pleione. Their parents names are included in the cluster's nine brightest stars. This deep and wide telescopic image spans over 20 light-years across the Pleides star cluster.