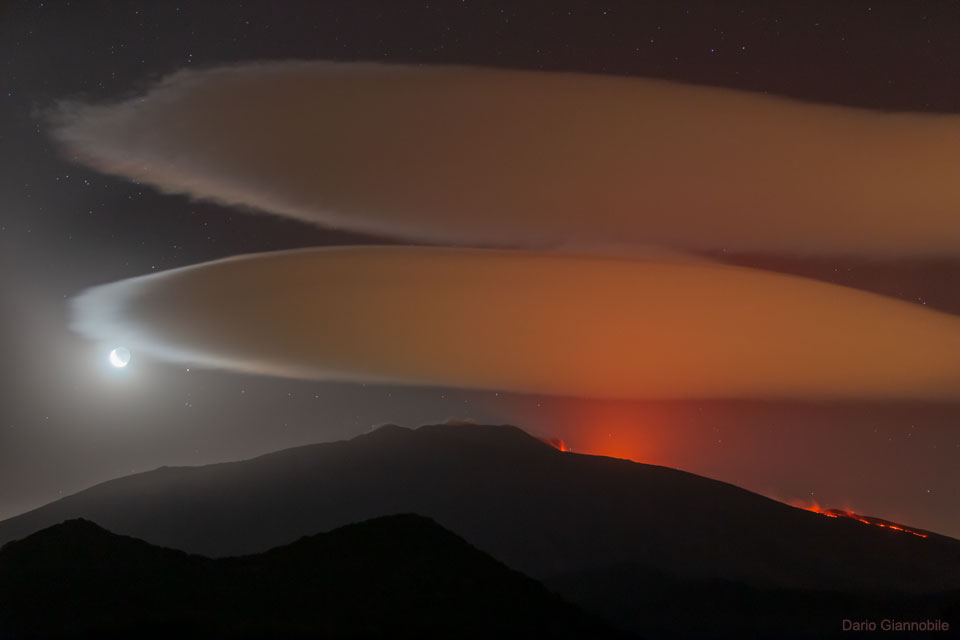 Explanation: What's happening above that volcano? Although Mount Etna is seen erupting, the clouds are not related to the eruption. They are lenticular clouds formed when moist air is forced upwards near a mountain or volcano. The surreal scene was captured by chance late last month when the astrophotographer went to Mount Etna, a UNESCO World Heritage Site in Sicily, Italy, to photograph the conjunction between the Moon and the star Aldebaran. The Moon appears in a bright crescent phase, illuminating an edge of the lower lenticular cloud. Red hot lava flows on the right. Besides some breathtaking stills, a companion time-lapse video of the scene shows the lenticular clouds forming and wavering as stars trail far in the distance.