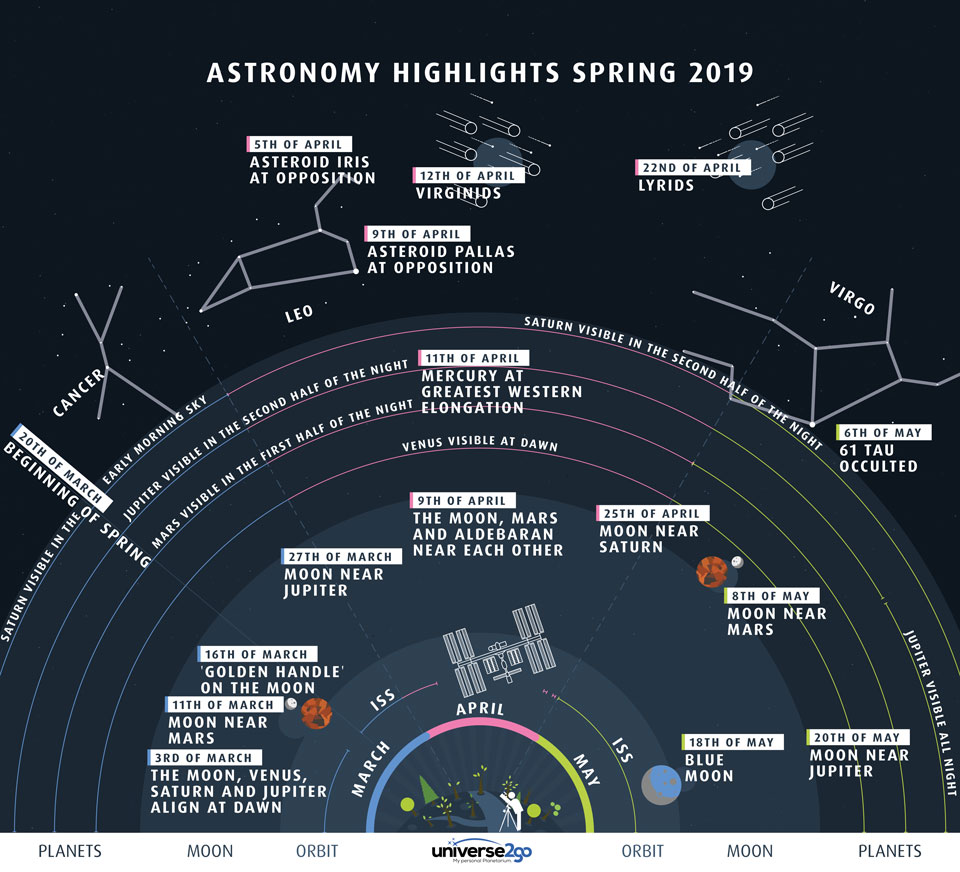 Explanation: What can you see in the night sky this season? The featured graphic gives a few highlights for Earth's northern hemisphere. Viewed as a clock face centered at the bottom, early (northern) spring sky events fan out toward the left, while late spring events are projected toward the right. Objects relatively close to Earth are illustrated, in general, as nearer to the cartoon figure with the telescope at the bottom center -- although almost everything pictured can be seen without a telescope. As happens during any season, constellations appear the same year to year, and, as usual, the Lyrids meteor shower will peak in mid-April. Also as usual, the International Space Station (ISS) can be seen, at times, as a bright spot drifting across the sky after sunset. After the Vernal Equinox next week, the length of daytime will be greater than the length of nighttime in Earth's northern hemisphere, an inequality that will escalate as the spring season develops. Also as spring ages, Jupiter becomes visible increasingly earlier in the night. As spring draws to a close, the month of May will feature the third of four full moons of the season, one of the definiitions of a Blue Moon.