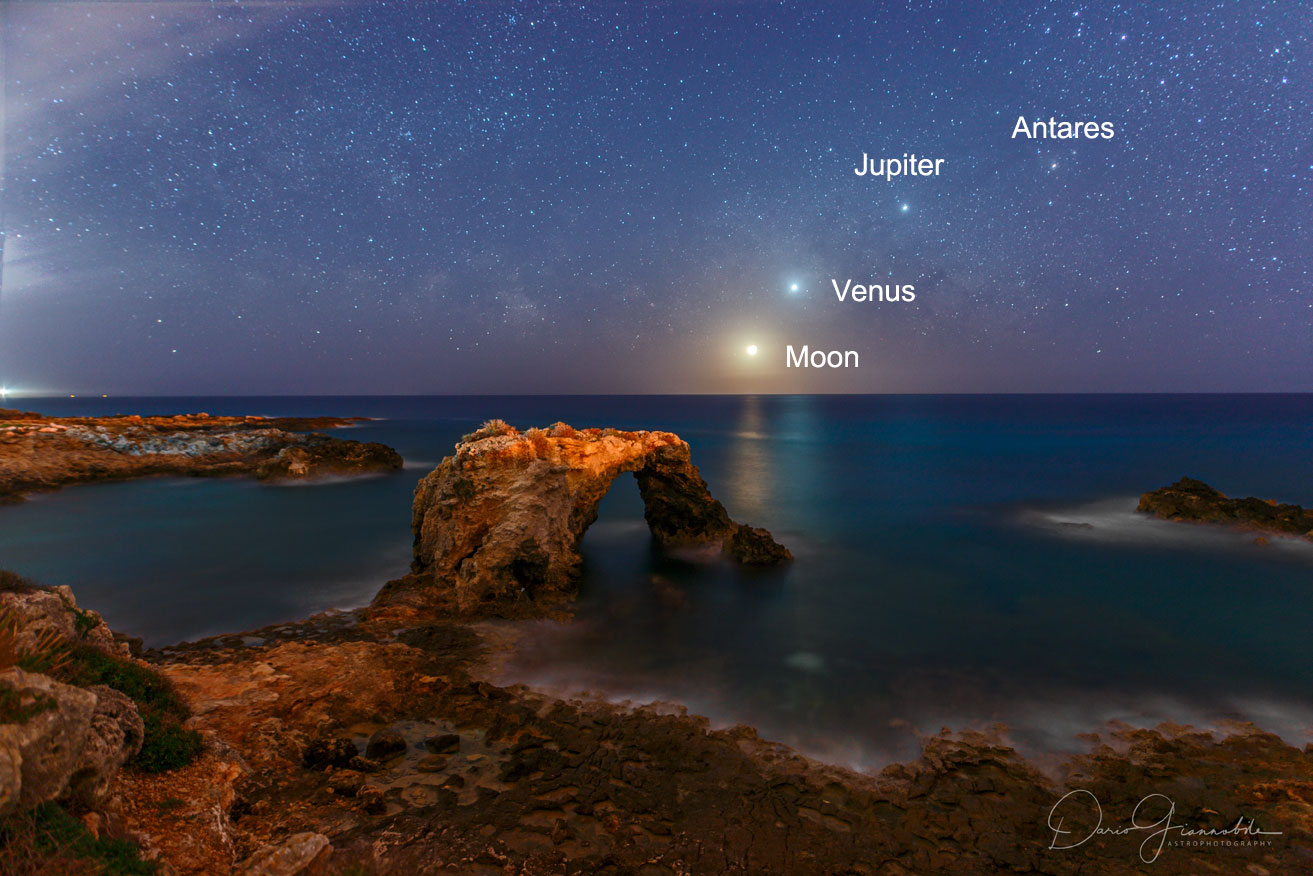 Explanation: This was a sunrise to remember. About a month ago, just before the dawn of the Sun, an impressive alignment of celestial objects was on display to the east. Pictured, brightest and closest to the horizon, is the Moon. The Moon's orange glow is caused by the scattering away of blue light by the intervening atmosphere. Next brightest and next closest to the horizon is the planet Venus. Compared to the Moon, Venus appears more blue -- as can (also) be seen in its reflection from the water. Next up is Jupiter, while the bright object above Jupiter is the star Antares. Although this display was visible from almost anywhere on planet Earth, the featured image was taken along a picturesque seashore near the city of Syracuse, on the island of Sicily, in the country of Italy. This month Saturn appears between Venus and Jupiter before sunrise, while Mars is visible just after sunset.