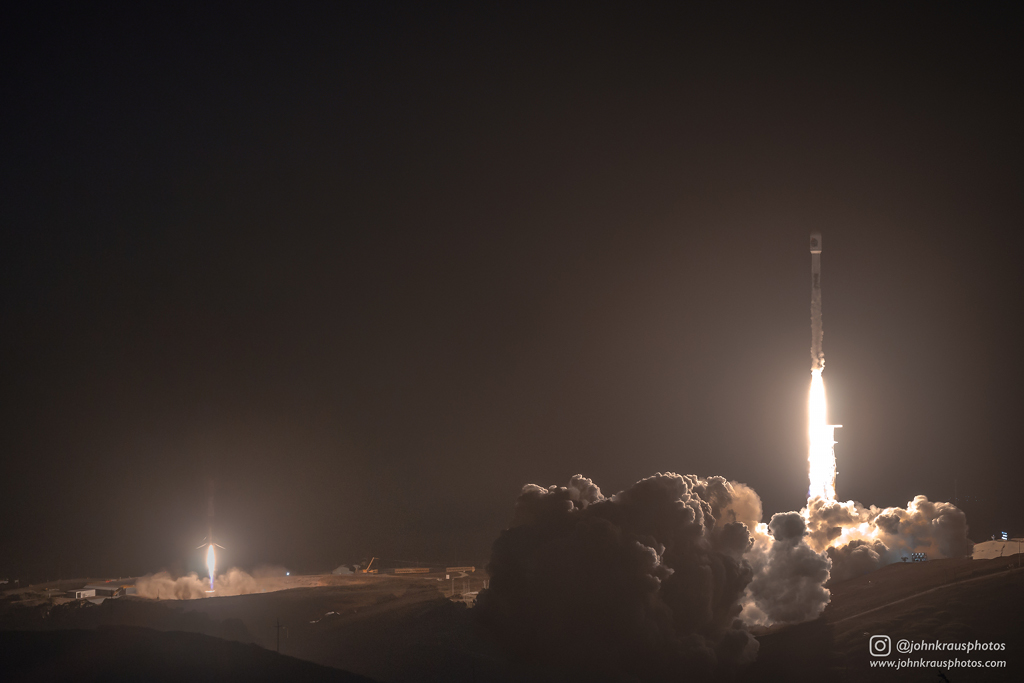 Explanation: A SpaceX Falcon 9 rocket launch dazzled viewers along the U.S. west coast after sunset on October 7. Rising from Vandenberg Air Force Base, California, planet Earth, the Falcon 9's first stage then returned to a landing zone some 400 meters from the launch site less than 8 minutes after liftoff. Both launch and first stage landing (left) are captured in the frame of this two image stack, recorded by a stationary, sound-activated camera set up on a nearby hill. This Falcon 9 rocket delivered its payload, an Earth-observing satellite developed by Argentina's national space agency, to low Earth orbit. Of course, the Falcon 9 first stage had flown before. Following a launch from Vandenberg on July 25 it was recovered after landing on the autonomous drone ship Just Read the Instructions.