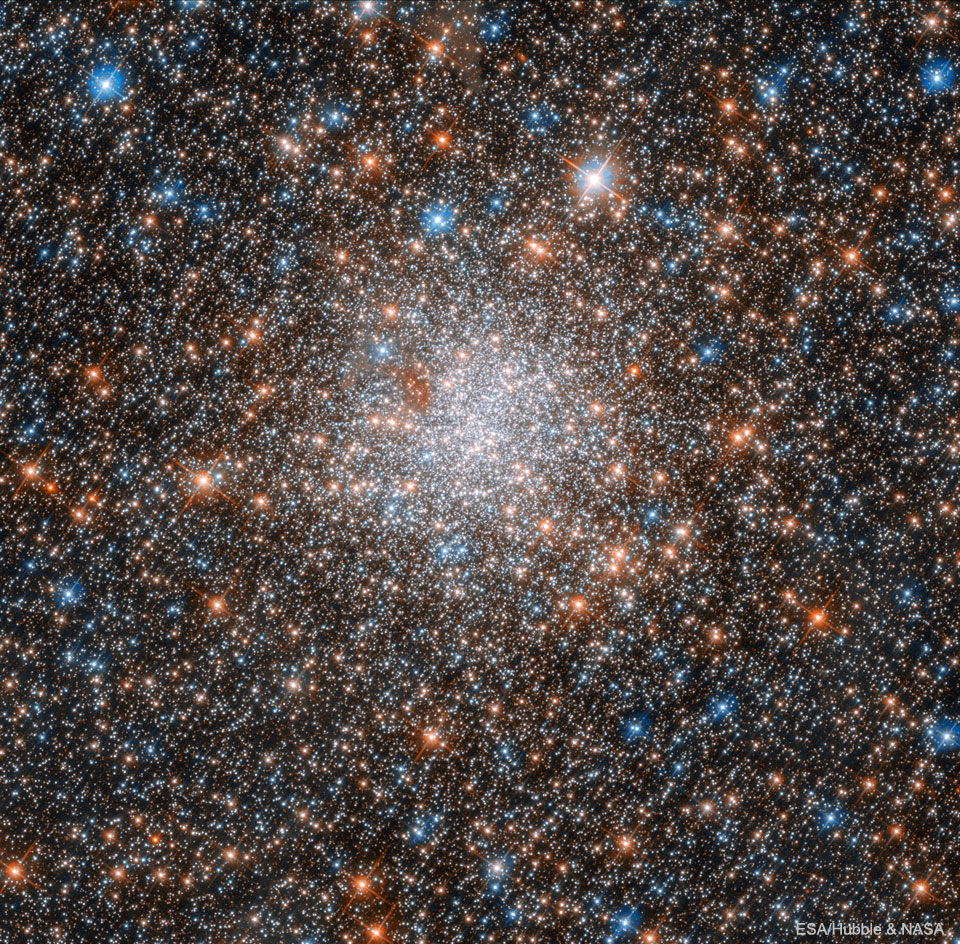 Explanation: Jewels don't shine this bright -- only stars do. And almost every spot in this glittering jewel-box of an image from the Hubble Space Telescope is a star. Now some stars are more red than our Sun, and some more blue -- but all of them are much farther away. Although it takes light about 8 minutes to reach Earth from the Sun, NGC 1898 is so far away that it takes light about 160,000 years to get here. This huge ball of stars, NGC 1898, is called a globular cluster and resides in the central bar of the Large Magellanic Cloud (LMC) -- a satellite galaxy of our large Milky Way Galaxy. The featured multi-colored image includes light from the infrared to the ultraviolet and was taken to help determine if the stars of NGC 1898 all formed at the same time, or at different times. There are increasing indications that most globular clusters formed stars in stages, and that, in particular, stars from NGC 1898 formed shortly after ancient encounters with the Small Magellanic Cloud (SMC) and our Milky Way Galaxy.