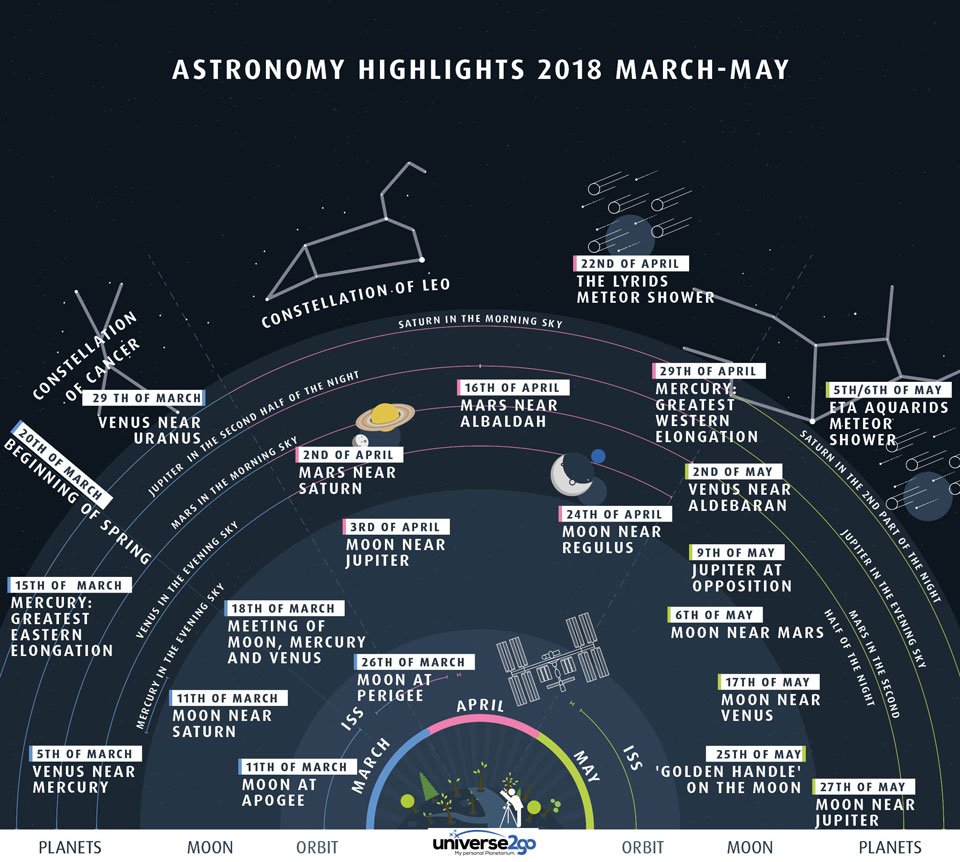 Explanation: What might you see in the night sky over the next few months? The featured graphic gives a few highlights. Viewed as a clock face centered at the bottom, sky events in March fan out toward the left, April toward the top, and May toward the right. Objects relatively close to Earth are illustrated, in general, as nearer to the cartoon figure with the telescope at the bottom center -- although almost everything pictured can be seen without a telescope. Sky highlights this season include a bright Venus in the evening sky during March, the Lyrids meteor shower during April, and Jupiter entering the evening sky during May. As true in every season, the International Space Station (ISS) can be sometimes be found drifting across your sky if you know just when and where to look.