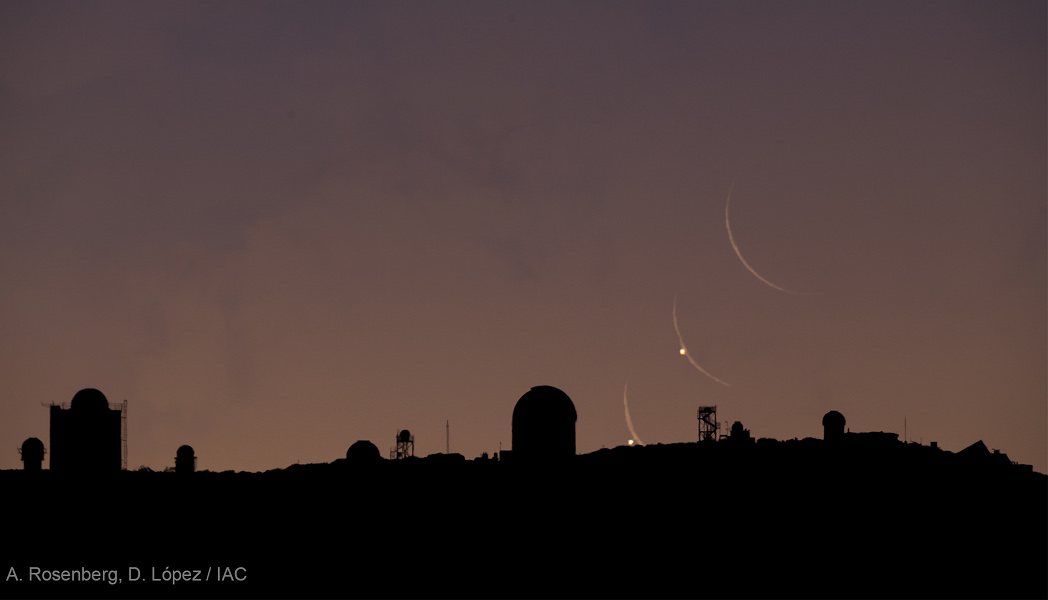 Explanation: Inner planet Venus and a thin crescent Moon are never found far from the Sun in planet Earth's skies. Taken near dawn on April 6, this timelapse composite shows them both rising just before the Sun. The mountaintop Teide Observatory domes on the fortunate island of Tenerife appear in silhouette against the twilight. In fact, the series of telephoto exposures follows the occultation of Venus by the Moon in three frames. Far from Earth in its orbit and in a nearly full phase, Venus was 96 percent illuminated. Near perigee or closest approach to Earth, the Moon's slender crescent represents about 2 percent of the lunar disk in sunlight. Seen in the first two exposures, the brilliant morning star only vanishes in the third as it winks out behind the bright lunar limb. Five minutes of the dramatic occultation at dawn is compressed into 15 seconds in this timelapse video (vimeo).

Tomorrow's picture: the other side of the sky < | Archive | Submissions | Search | Calendar | RSS | Education | About APOD | Discuss | >