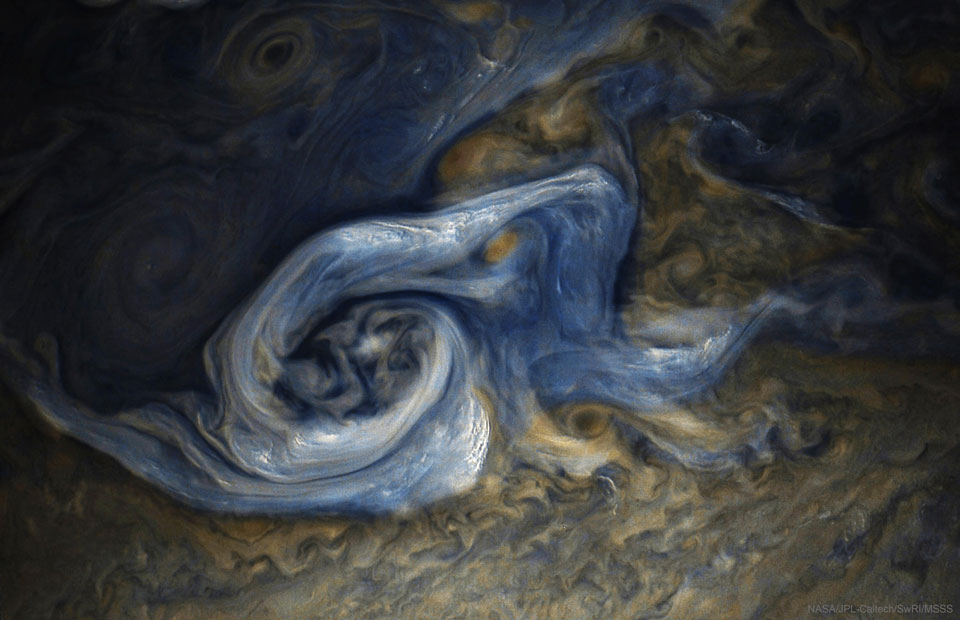 Explanation: Some storms on Jupiter are quite complex. The swirling storm was captured late last month by the NASA's robotic Juno spacecraft currently orbiting the Solar System's largest planet. The featured image spans about 30,000 kilometers, making this storm system just about as wide as planet Earth. The disturbance rotates counter-clockwise and shows a cloud pattern that includes light-colored updrafts thought to be composed predominantly of ammonia ice. These light clouds are the highest up and even cast discernable shadows toward the right. Juno will continue to orbit and probe Jupiter over the next few years as it tries to return data that help us to better understand Jupiter's atmospheric water abundance and if the planet has a solid surface underneath these fascinating clouds.